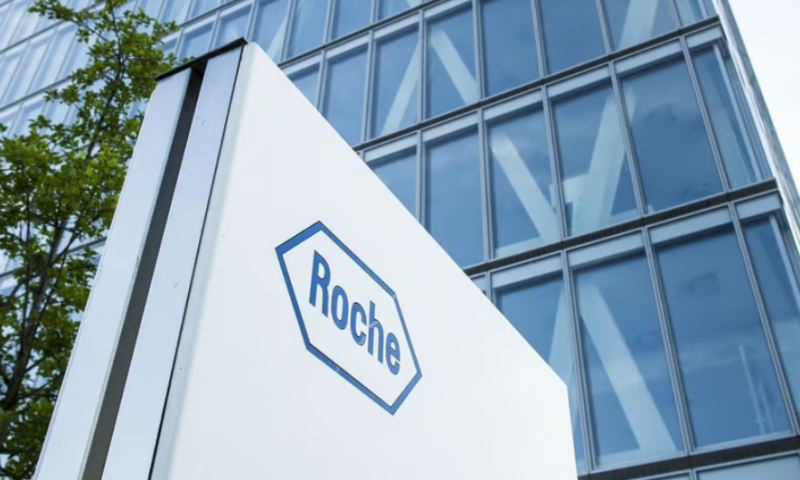 Roche’s attempt to muscle in on paroxysmal nocturnal hemoglobinuria (PNH) is on track. The subcutaneous anti-C5 recycling antibody crovalimab improved outcomes in a Chinese phase 3 trial, giving the Big Pharma a boost as it closes in on data from its showdown with AstraZeneca’s Soliris.

AstraZeneca, having bought Alexion for $39 billion in 2020, has become the dominant force in the PNH market, but multiple rivals want to take a swing at the king. Apellis’ Empaveli won FDA approval last year, giving patients a subcutaneous alternative to AstraZeneca’s intravenous incumbents, and, in October, Novartis’ oral candidate iptacopan beat Soliris and its sibling Ultomiris.

Roche is working to deliver another subcutaneous option. The latest data on the candidate come from the phase 3 COMMODORE 3 study, which administered monthly subcutaneous doses of crovalimab to 51 PNH patients in China. None of the patients had previously received a complement inhibitor.

From Week 5 to Week 25, the mean proportion of participants with hemolysis control was 78.7%. The trial defined control based on levels of lactate dehydrogenase, an enzyme that is found at high levels if red blood cells are breaking apart. The improvement in hemolysis control caused the study to meet one of its two co-primary endpoints.

Roche has submitted the data to authorities in China. While Chinese regulators approved Soliris in 2018, AstraZeneca only announced the availability of the therapy in the country last month. Roche called the availability of C5 inhibitors in China “extremely limited,” suggesting it has a shot at carving out a piece of the market.

The situation in the U.S. is different. Soliris and Ultomiris are well established, and crovalimab is just one of a number of molecules vying for a piece of the blockbuster market. To support global approval filings for crovalimab, Roche is running two clinical trials that are comparing the prospect to Soliris. Results are due next year.

If crovalimab wins approval in the U.S., it will enter a market that is heating up after years of Soliris and Ultomiris dominance. In the subcutaneous space, crovalimab has an edge over Empaveli in terms of dose frequency but may also face competition from oral drugs such as Novartis’ iptacopan and AstraZeneca’s vemircopan.

S&P 500’s softening earnings backdrop is a challenge for stocks in ‘very near term,’ says RBC