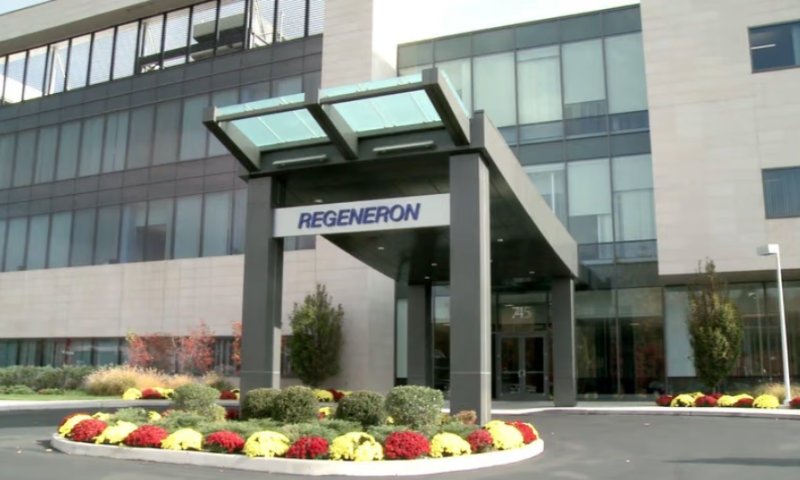 Regeneron has made a concerted effort in recent years to establish itself as an oncology company, elbowing its way into the field that now makes up 40% of its pipeline with a bevy of bispecific antibodies. But the company has further honed in on a specific cancer it wants to dominate: ovarian.

At this year’s European Society for Medical Oncology (ESMO) annual congress, the New York pharma presented a taste of early data from one of its clinical arrows aimed at the disease that afflicts more than 300,000 women globally a year.

A peak at phase 1 data of ubamatamab, a bispecific antibody targeting MUC16 and CD3, showed that it held promise among some of the sickest patients. Among participants who received at least one full dose, the overall response rate (ORR) was 14.3% and the disease control rate was 57.1%. The median duration of response was over a year.

Another standout data point was the impact of the treatment on a smaller subset of 13 patients with raised levels of the tumor marker MUC16 on over 75% of their tumor cells. In that group, the ORR more than doubled to 30.8% and the disease control rate increased to 61.5% These results indicate that MUC16 staining levels could operate as a potential biomarker. MUC16 is a protein that’s present in ovarian cancer and as part of the trial, the Regeneron team assessed and graded the amount present via tumor biopsies.

While the results offer hope, it’s still very early days. The company is now taking ubamatamab into a dose-ranging study and also testing it alongside the company’s anti-PD-L1 Libtayo. With all options on the table, plus the response rate outside of the highly stained subgroup, Israel Lowy, M.D., Ph.D., SVP of translation and clinical sciences for oncology at Regeneron, didn’t commit to the biomarker being critical in an interview with Fierce Biotech.

“We take the long view,” said Lowy. “And in our long view, we now have a triple approach.”

One of these other approaches is REGN5668, a MUC16 and CD28 bispecific antibody also targeting ovarian cancers. The third would be Libtayo by itself, although Lowy acknowledged that’s unlikely to serve well as a monotherapy, hence its inclusion as a combo therapy with both specifics. Regeneron is also testing REGN5668 in combination with ubamatamab.

CD3-targeting bispecifics from the likes of Johnson & Johnson and Roche have scored success in blood cancer, but Regeneron is betting that these therapies could also be a winner with solid tumors like ovarian cancer.

And as encouraging as the data are, they are but an appetizer for Regeneron, which has not shied away from its intentions. Lowy underscored these, making the company’s priorities clear. “We are basically going to take on ovarian cancer,” he said.

The bispecifics are not even the only vehicle Regeneron is deploying toward MUC16. The company is also partnered with bluebird bio spinout 2seventy bio to design cell therapies aimed at the target. The two plan to ask regulators to enter clinical trials in 2023.