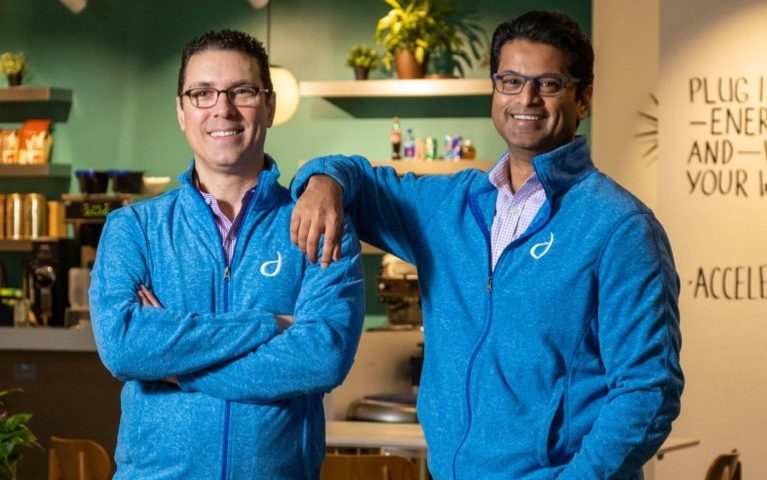 Rain Therapeutics has raised $63 million and licensed a Daiichi Sankyo cancer drug to accelerate its progress into pivotal development. Licensing the ex-Daiichi small molecule sets Rain up to go after a target a who’s who of leading drug developers have pursued without success.

The publication of the structure of the MDM2–P53 interaction in 1996 led to a flurry of R&D. Armed with the structure and evidence of the role of tumor suppressor P53, researchers set out to discover small molecules capable of disrupting the interaction, leading to the initiation of clinical trials run by companies including Amgen, Merck, Novartis, Roche and Sanofi.

Most of those clinical development programs fizzled out years ago, but some companies continued to target MDM2. One of those companies was Daiichi, which worked around the negative effects of its MDM2 inhibitor DS-3032 on platelet levels by switching from continuous to intermittent dosing.

In differentiated or dedifferentiated liposarcoma (WD/DD LPS), a disease characterized by MDM2 amplification, the revised dosing schedule drove objective responses without causing intolerable side effects. Yet, Daiichi has opted against taking the candidate forward itself, choosing instead to grant a global license to Rain in return for an undisclosed financial package.

Rain released news of the licensing deal the day before disclosing a $63 million financing round that will equip it to take DS-3032, now called RAIN-32, into a pivotal WD/DD LPS trial next year. A phase 1b/2 MDM2 basket study is also set to get underway next year.

The licensing deal has shaved time off Rain’s path to a first approval. Before adding RAIN-32 to its pipeline, Rain was focused on tarloxotinib, a prodrug that releases a pan-HER inhibitor. Threshold Pharmaceuticals took the drug into phase 2 trials in indications including non-small cell lung cancer (NSCLC) in 2016, only to terminate them in response to a lack of efficacy.

Rain picked up the asset and revised the strategy, zeroing in on patients with EGFR exon 20 insertion mutations, HER2 activating mutations or NRG1 or ERBB family gene fusions. A phase 2 trial in NSCLC patients with those mutations is currently enrolling patients.