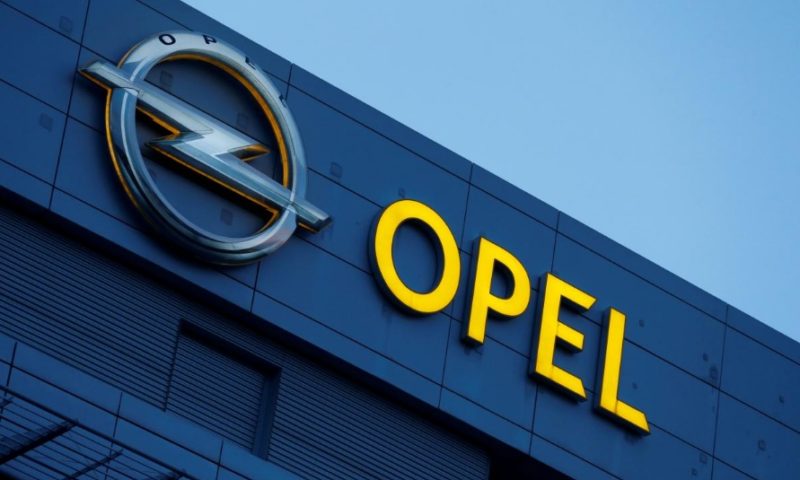 German prosecutors searched German sites of carmaker Opel, a division of PSA Group (PEUP.PA), in Ruesselsheim and Kaiserslautern on Monday as part of a probe into diesel exhaust emissions.

Criminal authorities are probing 95,000 vehicles to see whether the vehicles, which are equipped with Euro 6d engines, used exhaust management software to manipulate diesel emissions, the Frankfurt prosecutor’s office said on Monday.

The engines are used in the Opel Insignia, Zafira and Cascada models, Nadja Niesen from the Frankfurt prosecutor’s office confirmed.

“Opel confirms that the public prosecutor’s office of Frankfurt is conducting investigations in the course of preliminary proceedings on emissions at the sites in Ruesselsheim and Kaiserslautern,” the carmaker said.

“We cannot comment on details concerning the ongoing investigation at this moment in time. The company is fully cooperating with the authorities. Opel reaffirms that its vehicles comply with the applicable regulations.”

PSA Group, which owns the Opel and Vauxhall brands, declined to comment.

German daily Bild was first to report on the search.

The Opel Insignia, Zafira and Cascada were developed when Opel and its sister brand Vauxhall were still owned by General Motors (GM.N). General Motors sold Opel to PSA Group in 2017.

Opel admitted in 2016 that its Zafira model contained engine software which switched off exhaust emissions treatment systems under certain circumstances. Opel insisted at the time that it was making use of a legal loophole.

Banks, insurers must have credible plans for climate change: BoE