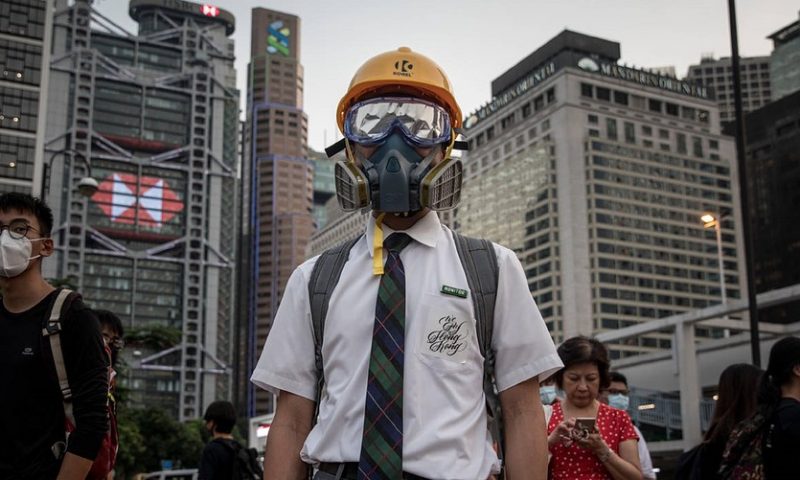 An escalation with China and heated words with Turkey increase uncertainty

The repression of human rights in China, limits on American money flowing to Chinese stocks and a mini-crisis in Turkey are beginning to weigh on the stock market.

Let’s explore this issue with the help of two charts.

For the first chart, please click here for an annotated chart of S&P 500 ETF SPY, -1.55%. For the sake of transparency, this chart was previously published and no changes have been made.

For the second chart, please click here for an annotated chart of S&P futures ESZ19, +0.85%. The chart of futures is used because they were trading through the night when the selloff started.

• For proper context, please start by reading “President Trump might just be the best stock market timer ever.”

• The first chart shows how Trump ran up the stock market when there was a great setup for it to fall.

• The second chart shows the drop in stock market futures on China concerns.

• The U.S. has blacklisted 28 Chinese entities for their role in repressing Muslims in Northwest China.

• The direct effect of the blacklisting can be seen by the move in the shares of U.S. semiconductor company Ambarella AMBA, -9.49%. Two of the blacklisted companies make up about 25% of Ambarella’s revenues.

• The blacklisting comes right ahead of the high-level talks with China.

• There is a report that the Trump administration is considering limiting U.S. government pension funds from investing in Chinese stocks.

• A mini-crisis is developing in Turkey. There is a report that Trump has ordered withdrawal of the U.S. troops from Northern Syria.

• Turkey has announced that it is planning to invade Syria.

• A Turkish invasion may result in a bloodbath of Kurds, who have been staunch allies of the U.S. in fighting ISIS.

• As of this writing, Trump appears to be rethinking that strategy after Republican senators objected.

• Trump needs help from those senators to ward off impeachment.

What to do now

This market can move significantly based on a tweet, news or rumor in either direction. I receive a large number of emails from investors. Many investors are falling victim to volatility. Just when there is a perfect setup in one direction, the market reverses in the other direction based on news, rumor or tweet.

Investors ought to learn to take advantage of the volatility to make profits with short-term trades and at the same time protecting their long-term portfolios. At The Arora Report we are following this process.

Investors ought to carefully watch the stock of Apple AAPL, -1.17%,  as the iPhone maker gets a big part of its sales from China. Right now Wall Street has reached a consensus that Apple’s China sales are not at risk. Further the consensus on Wall Street is that Apple will not be negatively affected by tariffs. In essence, Wall Street believes there will be a deal with China soon.

Since the Dow Jones Industrial Average DJIA, -1.19% is the most popular stock market index, investors may want to watch the psychologically important level of 26,000 points. In addition, consider watching the Nasdaq 100 ETF’s QQQ, -1.50% zone of $179 to $183.

Asian markets retreat as trade tensions ratchet back up