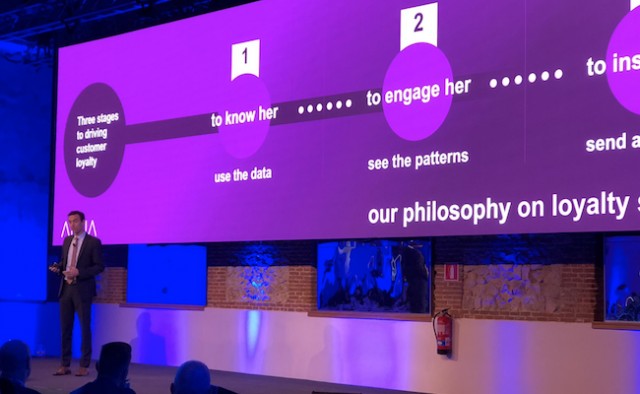 Aimia Inc. has announced the departure of its president and chief strategy officer less than three months after he took the job.

In late August, the Montreal-based company hired Nathaniel Felsher from Deutsche Bank in New York, where he co-headed the firm’s aviation corporate and investment banking group.

“The company wishes to acknowledge Mr. Felsher’s contributions during this pivotal period and wishes him well in his future endeavours,” Aimia said in a two-sentence release Thursday.

Felsher, who has experience with loyalty programs, reported directly to Aimia chief executive Jeremy Rabe over the past 12 weeks.

“Having worked with him in the past, I believe his knowledge of the global loyalty and aviation space, strong relationships and corporate finance skills will be a huge asset to our business going forward,” Rabe said in a statement on Aug. 27.

“It is a short tenure for sure,” said Karl Moore, an associate professor at McGill University’s business school.

“I’ve heard he was very helpful in terms of getting them to the place they needed to be with Air Canada and Aeroplan, but clearly he did not fit with where they were going in the future.”

Aimia is in transition mode, as it works to complete the sale of its flagship Aeroplan rewards program to an Air Canada-led consortium for $450 million.

The company, which has seen its shares struggle in recent years, launched a review of its strategic direction earlier this month, with Rabe suggesting more asset sales on the horizon.

Shares have hovered at around $4 since the Aeroplan deal was announced on Aug. 21, less than half its stock price from before May 2017. The analytics firm has seen shares decline from a peak of around $20 in the first half of 2014 and net losses totalling more than $400 million over the past five years.

Aimia’s global reach has sometimes come at a cost. In February, the company announced it had sold Nectar, a U.K. loyalty program, to British retailer Sainsbury for $105 million, 11 years after Aimia bought it for $755 million.