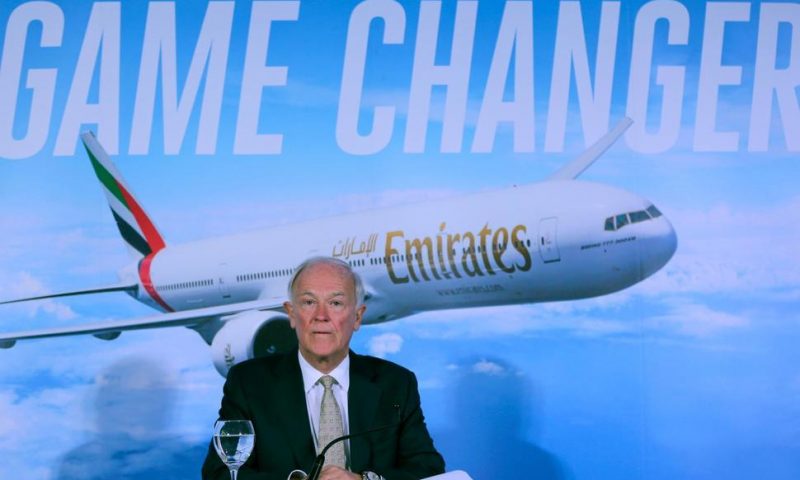 The president of Dubai-based airline Emirates will retire in June after 17 years at the helm of the Middle East’s biggest carrier.

Dubai, United Arab Emirates — The president of Dubai-based airline Emirates will retire in June after 17 years at the helm of the Middle East’s biggest carrier, the company confirmed Wednesday.

Tim Clark, who joined the airline in 1985 when it was first launched, will remain on as an adviser, the company told The Associated Press by email.

His retirement at the end of June 2020 was first announced by Emirates Chairman Sheikh Ahmed bin Saeed Al Maktoum in an internal company memo to employees on Tuesday. No details were given on who will succeed him.

The British aviation industry figure has gained a formidable reputation in the United Arab Emirates. Local media, which reported that Clark turned 70 in November, wrote glowing pieces about his tenure after news broke that he’d be stepping down as president.

The Dubai-based Gulf News described him as the “genius” who has headed the airline since 2003. Abu Dhabi-based The National said he helped take Emirates’ growth “to dizzying heights.” The National noted that when Emirates began operations in 1985, it was leasing planes from Pakistan International Airlines, and now has a fleet of 270 aircraft that fly to 159 cities.

His biography on the airline’s website describes him as “instrumental in the transformation of Emirates into the global giant it is today.”

Emirates has expanded rapidly in the U.S. and elsewhere in recent decades, operating daily flights to major North American cities like New York, Chicago and Los Angeles, among others.

It’s main hub of Dubai International Airport is the world’s busiest for international travel, with more than 89 million arrivals or transits in 2019.

Aviation and tourism are major pillars of Dubai’s economy, and Emirates’ success is key to that. The airline is known for its customer service, comfort and state-of-the-art aircraft.

Emirates’ success and that of smaller rivals Qatar Airways and Abu Dhabi-based Etihad Airways has rattled big U.S. airlines, which accuse the Gulf carriers of receiving billions of dollars of unfair government subsidies. They deny the allegations.