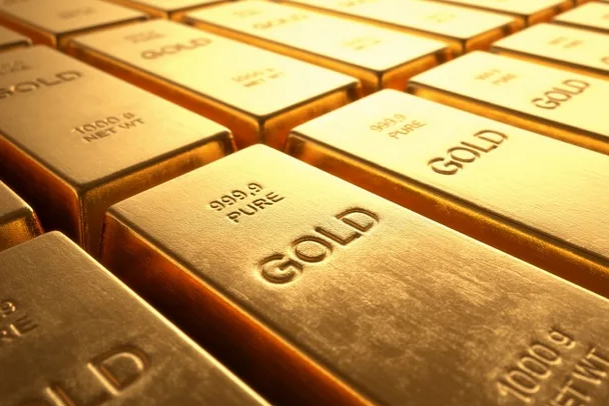 Gold prices rose on Thursday towards a more than three-month high hit earlier this week, as a selloff in global equities triggered safe-haven bids for the metal amid rising political and economic uncertainties.

Major European indices and equity markets closed in red yesterday owing to high risk averse trading activity across European and US market hours post disappointing macro data which was followed by plunge in Asian equity market which saw losses over cues from wall street as tech stocks across key global markets lost hundreds of billions of dollars across major markets inflicting the largest daily decline on Wall Street since 2011, wiping out all its gains for the year.

After the massive sell-off in global equities, investors are looking for a safe-haven shelter. They are starting to diversify and look at bullion as a means of value maintenance, with no end in sight appearing for the bear market.

As of writing this article, spot gold XAUUSD is currently trading at $1233.47 an ounce down by 0.06% on the day after hitting an intra-day high of $1239.21 in early Asian market hours, while US gold futures GCcv1 is trading at $1235.80 an ounce up 0.358% on the day. The growing uncertainty created from U.S.-Saudi tensions and Italy’s budget woes are already reflecting across financial markets with investors avoiding riskier assets.

The risk-off environment is expected to offer precious metals an opportunity to shine brightly. Investors are now watching out for any new guidance acknowledging the recent slowdown in growth and the political stand-off between Brussels and Rome over Italy’s free-spending budget from the European Central Bank (ECB) monetary policy meeting update scheduled to release later today.

Meanwhile, Spot Silver XAGUSD is trading at $14.73 an ounce up 0.29% on the day. Warning signs about the slowing of the global economy continue to crop up, and market jitters are taking the steam out of oil prices.

Markets have been hit hard this month by a range of worries, including the China-US trade war, a rout in emerging market currencies, rising borrowing costs and bond yields, as well as economic concerns in Italy.

In oil, WTI has fallen nearly 10% so far this month, while Brent is down nearly 9% as per futures data. Still, oil markets remain nervous ahead of US sanctions against Iran’s crude exports, which kick in from November 4. U.S. commercial crude oil stockpiles rose for a fifth consecutive week last week, increasing by 6.3 million barrels to 422.79 million barrels, the Energy Information Administration said on Wednesday. Output remained unchanged at 10.9 million barrels per day (bpd), slightly below a record 11.2 million bpd reached the start of October. As a result Spot Crude WTIUSD is trading at $66.73/b up 0.68% on the day.