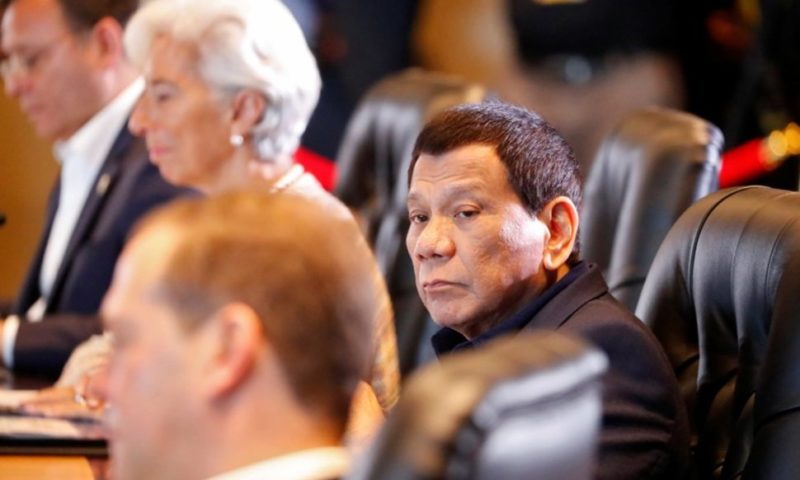 Early this year, the two countries set up a joint panel to work out how to explore offshore oil and gas in areas that both claim, without addressing the explosive issue of who has the sovereign rights to them.

“Signing the Chinese deal will make the Philippines recognize an unlawful ‘co-ownership’ with China,” the minority senators said in a resolution on the eve of Tuesday’s visit to Manila by Chinese President Xi Jinping.

The Philippines, which relies heavily on energy imports is racing against time to develop oil and gas reserves in the South China Sea, but to do that needs foreign help, which China has offered.

Though they intend to undertake some projects in waters that are not subject to competing claims, there are concerns among Philippine lawyers and diplomats about teaming up in areas that both countries claim, in particular, the Reed Bank, about 90 miles (167 km) off the Philippines’ Palawan island.

A 2016 ruling by the Permanent Court of Arbitration in a case filed by Manila clarified, among other issues, that the Philippines had sovereign rights to exploit energy reserves at the Reed Bank.

It also invalidated China’s nine-dash line claim to most of the South China Sea, which the senate resolution said was “unlawful and expansive”.

The idea of joint development was first hatched in 1986, but disputes and the complexities of the sovereignty issue have held up the plans.

The senators said any agreement with China would be a violation of the constitution, and an impeachable offense.

Presidential spokesman Salvador Panelo said any joint agreement would be constitutional, adding that it was too early to discuss senate scrutiny.

“Any demand for a release of documents … is premature and could be prejudicial to our country’s interests, given that parties have yet to ink any agreement,” Panelo said.