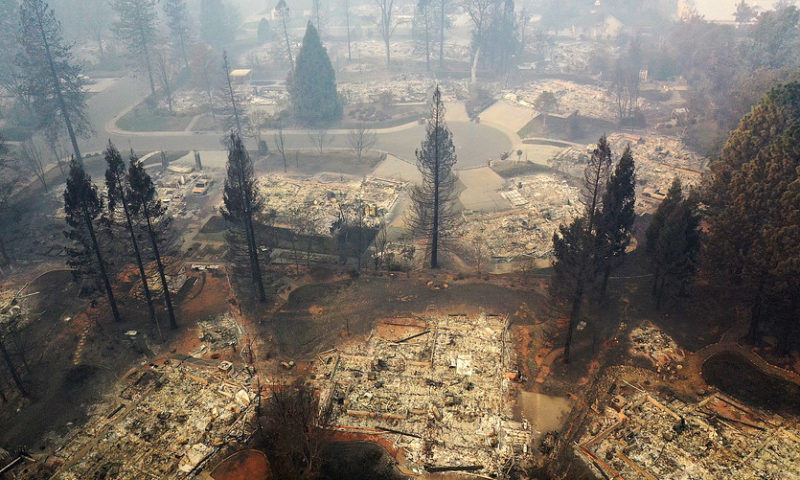 PG&E could, in theory, face murder charges in California wildfires

The brief from the office of Attorney General Xavier Becerra is purely advisory, and any criminal charges would most likely be filed by county district attorneys, not the state, the Sacramento Bee reported .

Prosecutors would have to assess PG&E’s PCG, -3.00% “mental state” before determining whether to bring charges, which could range from murder to misdemeanor negligence, according to the brief filed late Friday.

The opinion was submitted to a judge overseeing a criminal case involving a PG&E natural gas pipeline explosion that killed eight people in the San Francisco suburb of San Bruno in 2010.

PG&E was convicted of violating federal pipeline safety laws, and the judge asked for the attorney general’s opinion on whether any wildfires constitute a probation violation.

The company has until Monday to file its response to the court, but it told the newspaper: “PG&E’s most important responsibility is public and workforce safety. Our focus continues to be on assessing our infrastructure to further enhance safety and helping our customers continue to recover and rebuild. Throughout our service area, we are committed to doing everything we can to help further reduce the risk of wildfire.”

The attorney general’s brief adds to legal troubles facing PG&E, which serves about 16 million people in 70,000 square miles in northern and central areas of the state.

The California Department of Forestry and Fire Protection found that PG&E likely broke state law in connection with 12 of the many wildfires in wine country and elsewhere during 2017. It is also investigating the utility in connection with the Camp Fire, which erupted last month in the Sierra Nevada foothills and killed at least 86 people and destroyed 14,000 homes while leveling the city of Paradise.

PG&E reported an equipment malfunction at the time and location where the fire started.