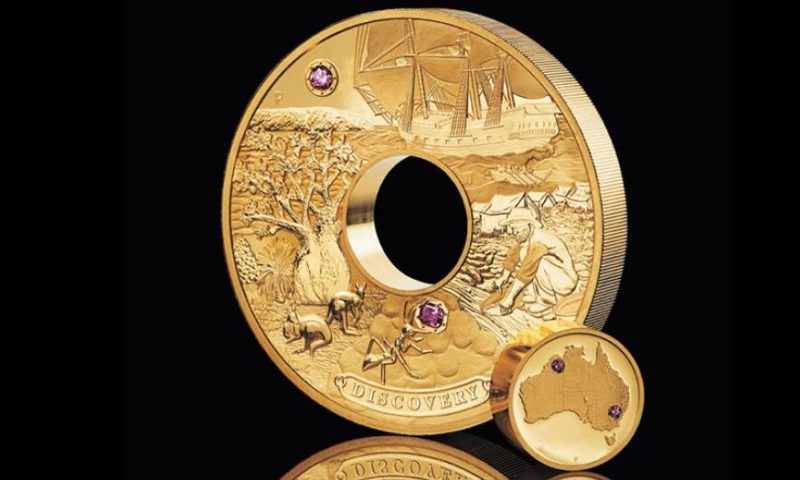 Australia’s Perth Mint has unveiled this week the most expensive collector coin in the country’ history — a diamond-encrusted treasure valued at $2.5 million ($1.8m).

Made of 99.99 percent pure gold, the coin features four rare Argyle pink and purplish-pink diamonds. The largest is 1.02 carat.

Named the Discovery Gold Coin, its design was inspired by the holey dollar, which was introduced by governor Lachlan Macquarie in 1814.

The coin will be on display at The Perth Mint’s retail store until the end of September, unless a collector with quite a bit of cash to spare snatches it earlier.

Over 50 Sheep die after bear attack