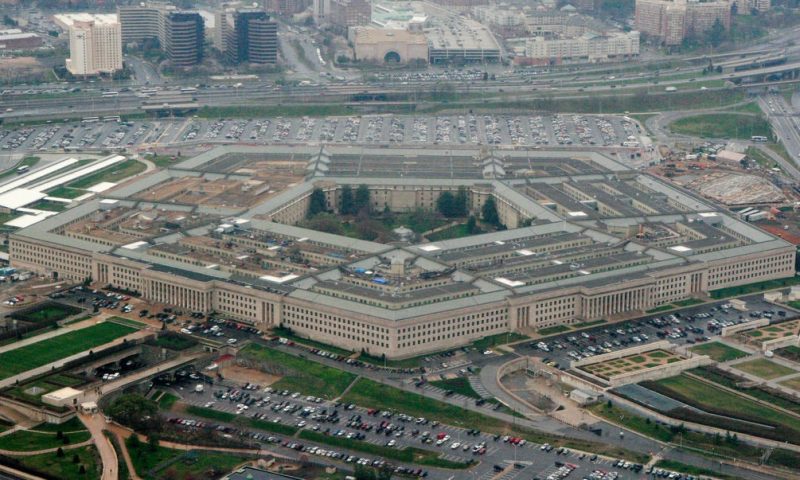 SAN FRANCISCO — The Defense Department said on Thursday that it would re-evaluate the awarding of a $10 billion cloud computing contract to Microsoft after sustained protest from Amazon, which had contended that it lost the deal because of potential interference from President Trump.

In a legal brief filed to the Court of Federal Claims, the Justice Department requested the reconsideration after Amazon argued in federal court that its offerings and pricing had been incorrectly assessed by the Pentagon. The Defense Department requested 120 days to reassess the award. The judge in the case, Patricia E. Campbell-Smith, is expected to allow the re-evaluation to go forward, though she has not yet made an official ruling.

The reconsideration is the latest twist in the enormous contract, known as the Joint Enterprise Defense Infrastructure, or JEDI, which was considered to be a prize for technology companies.

Amazon, a cloud computing giant, had widely been considered the front-runner to win the contract before it was awarded to Microsoft in October. Amazon then pushed to overturn the decision, arguing that President Trump interfered because of his dispute with Jeff Bezos, the founder of Amazon and the owner of The Washington Post. The Washington Post has aggressively covered the Trump administration.

Doug Stone, an Amazon spokesman, said in a statement on Thursday that the company was “pleased that the D.O.D. has acknowledged ‘substantial and legitimate’ issues that affected the JEDI award decision, and that corrective action is necessary.” He added that Amazon looked forward to action “that fully insulates the re-evaluation from political influence and corrects the many issues affecting the initial flawed award.”

A spokesman for the Defense Department did not immediately respond to a request for comment.

“We believe the Department of Defense made the correct decision when they awarded the contract,” said Frank X. Shaw, a Microsoft spokesman, adding that the company remains confident that its proposal “is the right choice for the D.O.D.”

The Pentagon’s rapid change of position raises the question of whether it suddenly found merit in Amazon’s objections, or whether officials feared that the court action challenging the award would inevitably surface emails or memorandums suggesting Mr. Trump interfered in the selection.

But a Defense Department official, who was not authorized to speak publicly, said the filing would force Amazon to prove the allegations of bias it has leveled against Mr. Trump — a difficult legal challenge.

Although Amazon has sought to depose Mr. Trump and senior Defense Department officials to fight against the award to Microsoft, its legal arguments challenging the way the contract was awarded have focused on how the Defense Department did not accurately assess the way that it would be charged for certain services.

In February, Judge Campbell-Smith sided with Amazon on the pricing issue, issuing a temporary injunction that prevented Microsoft from continuing to work with the Defense Department on the contract.

The back-and-forth has put the Pentagon in an awkward spot. Last month, speaking to reporters at the Munich Security Conference, Defense Secretary Mark T. Esper argued that it was time to abandon challenges and move ahead with building the cloud. Time was of the essence, he said, and American national security was on the line.

“It’s important to the war-fighters that we move forward on this contract,” he said. “We have to move forward. It’s gone on too long.”

When asked whether he was pressured on who could receive the $10 billion contract, Mr. Esper said, “Look, I’m not going to get into that part, because I don’t talk about my discussions with the president and White House officials.”

He said he educated himself about the Pentagon’s transition to the cloud when he took office last year and said he “heard a lot” about the competition to build it, particularly on Capitol Hill, before ultimately recusing himself from the decision over the award because his son works at IBM, one of the companies that bid on the contract.

But when a reporter pointed out he had left open the possibility of pressure from Mr. Trump or other aides, he said: “I never felt pressure from the White House.”

Elon Musk on humans in Mars before he dies, urges faster pace of progress