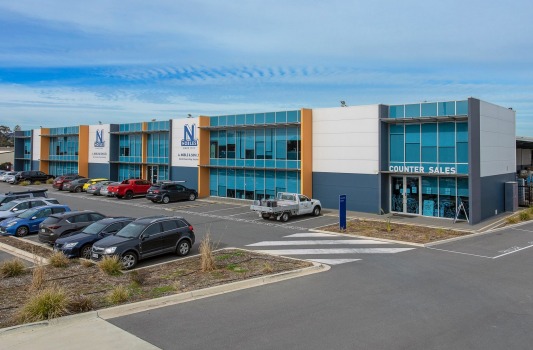 Melbourne-based Peak Equities will raise $42.5 million in capital to fund an $80 million portfolio of properties across Darwin, Perth and Adelaide.

The trust has acquired two mixed-use buildings with a total 70,058 square metres of net lettable office space leased to the Northern Territory government on a 15-year term and a 4150 sq m Perth property with an office building leased on a remaining nine-year term.

The third asset is a 24,100 sq m industrial property in Adelaide with a 6944 sq m manufacturing, distribution and office facility.

Peak Equities is aiming for a distribution of 8 per cent per annum to its investors.

While the property syndicator holds assets in Victoria, Queensland, South Australia, this is the first time Perth and Darwin have been included in its portfolio.

The assets were chosen in locations with strong population and economic growth potential and in three separate cities to dilute the risk of individual market downturns, Peak Equities executive director David Borsky said.

“The properties are all 100 per cent leased, offering long-term income security, with staggered lease expiries, an average remaining lease term of more than 12 years and an attractive combination of government and well-established private tenants in place,” Mr Borsky said.

“We have spent a significant amount of time and effort searching for the right mix of assets to form a strong, diversified and high-performing portfolio, covering multiple locations, asset classes and tenants. We believe the trust ticks all of those boxes.”

The fund manager hopes to raise the $42.5 million in capital over eight weeks, with a minimum investment of $200,000.

Most recently the property syndicator bought a campus-style 5317 sq m building in Caboolture in Queensland for $16.6 million in April this year.

In 2017 it bought a five-storey office building in Melbourne’s eastern suburbs, leased to the ASX-listed Australian Pharmaceutical Industries, for $27.5 million on a passing yield of 7.5 per cent as well as a commercial building in Robina on the Gold Coast for $7.65 million.