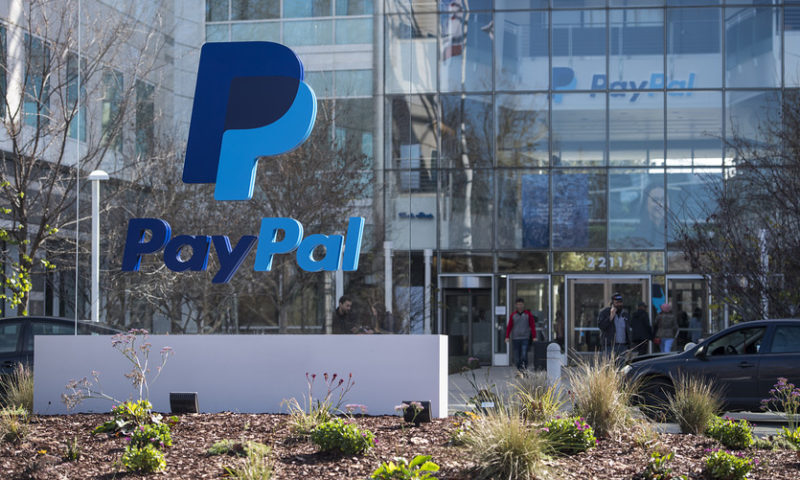 Analysts are also looking for commentary on M&A, international growth

PayPal Holdings Inc. has been talking about making money off Venmo for more than two years but could be finding surprising ways to make that happen.

Progress has been slow with the company’s efforts to get consumers to pay with Venmo for e-commerce purchases, yet PayPal PYPL, +0.07% seems to have seen better-than-expected traction for an option that lets Venmo users pay 25 cents to transfer their funds immediately to their bank accounts.

PayPal said on its last quarterly earnings call that 17% of Venmo users have engaged in a “monetized experience” since launch, and Deutsche Bank analyst Bryan Keane suspects that the company’s instant-deposits feature has so far seen the biggest uptake. Perhaps in a sign of high willingness to pay for the feature, PayPal quietly announced last week that it would add a 1% charge for such transfers. Users who want to send money to their bank accounts at regular speed can still do so free, but news of the fee increase angered some Venmo users who complained about the change on social media.

Venmo monetization will be a key issue when PayPal reports third-quarter results on Thursday. Jefferies analyst John Hecht wrote that “management changes within Venmo and some fee changes within the instant-transfer product are “topics of focus” for PayPal’s earnings call. He rates the stock a buy with a $110 price target.

Deutsche Bank’s Keane said that he’ll be looking for indications of “the pace of Venmo monetization” given that efforts have so far moved at a more gradual pace than he expected a year ago. He has a buy rating and $98 target on the shares.

PayPal bulls are betting on the company’s ability to effectively monetize Venmo by getting younger users to pay with the service for online purchases. The company has slowly been getting more merchants to add Venmo buttons to their sites and may provide updates during the conference call on whether users of big platforms like Uber and Grubhub are choosing the Venmo option at checkout. PayPal recently rolled out new checkout-button options for online sellers that make it easy for them to display Venmo buttons to interested shoppers.

Newer growth engines such as Venmo are important for PayPal, which has seen its shares tumble 10% since its last earnings report. Spooking investors are a possible slowdown in cross-border volume growth, looming changes to the company’s relationship with eBay Inc. EBAY, -0.71% and general fears about the resilience of fast-growing fintech companies in a potential downturn.

With the stock up just 9% this year, compared with an 87% gain in 2017, Wall Street could use some encouraging signs about businesses that are expected to be the growth avenues of the future.

What to expect:
Earnings: Analysts surveyed by FactSet expect that PayPal will report adjusted earnings per share of 54 cents for the September quarter, up from 46 cents a year earlier. According to Estimize, which crowd sources projections from hedge funds, academics, and others, the average estimate calls for 56 cents in adjusted earnings per share. The company forecast 53 cents to 55 cents on last earnings call in July.

Mizuho analyst Thomas McCrohan notes that the company has met or exceeded consensus expectations in all 13 quarters that it’s been a stand-alone public company. He expects that trend to continue with the September quarter.

Stock movement: PayPal shares have gained following six of the company’s last 10 earnings reports. The average FactSet price target on the stock is $98.40, 22% above recent levels. Of the 47 analyst who cover PayPal, 36 rate the stock a buy and 11 rate it a hold.

What else to watch for:
Aside from Venmo monetization progress, acquisition updates will also be of interest on the PayPal earnings call. PayPal earlier this year acquired iZettle, a Square Inc. SQ, -1.17% competitor that makes hardware that allows small businesses to accept card-based payments. Now that the deal has closed, Wall Street will be looking for commentary about PayPal’s plans to cross-sell and gain more of an in-store presence.

“Strategic M&A will continue to be a key driver of PayPal’s growth, product innovation, and international expansion efforts,” wrote Stifel’s Scott Devitt, who rates the stock a buy with a price target of $102.

PayPal executives may give more information about their M&A strategy on the earnings call as well as provide insight into how the company is balancing its desire to do deals with its interest in capital returns.

Analysts are also looking for further commentary on eBay’s shift away from PayPal, especially since the retailer has given updates about its early efforts to manage some payments on its site. This is one “idiosyncratic” item that could manifest in the latest results, along with an expected headwind from the PayPal’s sale of its receivables portfolio to Synchrony, according to Hecht.

Bernstein analyst Harshita Rawat will be watching PayPal’s total volume growth closely, as she believes it’s the top driver of share performance. Of interest to Rawat is whether growth can accelerate thanks to recent partnerships, One Touch, and Consumer Choice, an effort that makes it easier for customers to shop with their preferred payment methods.

“We see this quarter as a big test for benefit from recently announced partnerships and net new user growth,” she wrote.

Rawat rates the stock at market perform and recently cut her price target to $85 from $93.

Finally, Stifel’s Devitt said that international growth remains a key area of focus for PayPal. In particular, he’ll be looking for commentary on India and Brazil.

Opinion: With crude above $70, it’s time to sell your oil stocks