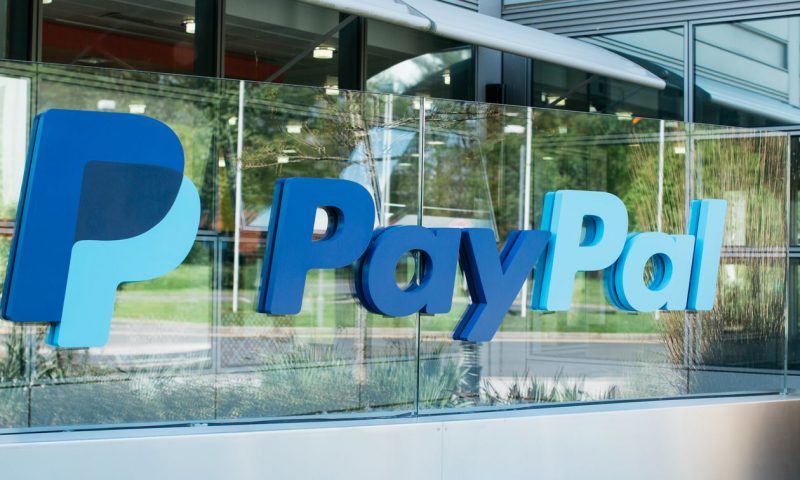 PayPal Holdings Inc. continued to benefit from booming e-commerce adoption during the pandemic, but shares fell in extended trading Monday after the company’s holiday-quarter earnings outlook came up light.

Chief Financial Officer John Rainey said that the company’s earnings outlook reflects the timing of investment spending in the back half of 2020. “Incremental investment is more heavily weighted to Q4,” he said on PayPal’s earnings call.

PayPal topped expectations with its third-quarter earnings results, posting $1.07 in adjusted EPS, up from 76 cents a year prior and ahead of the FactSet consensus, which called for 94 cents. The company reported GAAP net income of $1.02 billion, or 86 cents a share, up from $462 million, or 39 cents a share, in the year-earlier quarter.

The company raised its EPS forecast for the full fiscal year, as it anticipates adjusted EPS growth of 27% to 28% for 2020. That’s up from a prior estimate of about 25% growth.

PayPal’s revenue for the third quarter climbed to $5.46 billion from $4.38 billion, while analysts had been modeling $5.42 billion. The payment-processing giant added 15.2 million net new active accounts in the third quarter, including 1.5 million merchants. The overall net-new-active total was PayPal’s second-best quarterly result, behind only last quarter.

“Clearly the world is accelerating toward a digital-first economy,” Chief Executive Dan Schulman told MarketWatch. The company’s revenue growth rate for the quarter was its highest ever, he said.

The company processed $247 billion in total payment volume, or the value of payments running through its platform. Analysts had been expecting $232.7 billion. Total payment volume for the Venmo platform came out to $44 billion and marked the service’s best quarter in terms of volume.

PayPal continued to see volume momentum after the quarter finished, according to a spokeswoman, as the company recorded a new single-day volume record one day during October.

The earnings report came shortly after PayPal announced it would begin letting users buy, sell, and shop with cryptocurrencies through its platform.

Schulman said that PayPal plans to “dramatically expand functionality” inside the PayPal and Venmo apps next year “to encompass a wide range of financial services and tools.”

He shared on PayPal’s earnings call that the company now forecasts $900 million in revenue for Venmo during 2021. He also expects Venmo to make a positive contribution to transaction-margin dollars next year as the service’s transaction margins have been improving due to a diversification in its revenue base.

PayPal upped its volume and earnings forecasts for the fiscal year. The company now expects total payment volume in the 30% growth range, up from a prior range of high-20% growth. On the bottom line, PayPal anticipates adjusted EPS growth of 27% to 28% for 2020, up from its prior estimate for approximately 25% growth.

The company expects 21% to 22% revenue growth on a currency-neutral basis. Three months back, it told investors to expect 20% to 22% growth.

For the fourth quarter, PayPal models low-to-mid 30% growth in total payment volume and 20% to 25% revenue growth. The company said that this raised outlook comes despite eBay Inc.’s EBAY, +0.50% transition to its own managed payments platform, which PayPal says its happening more quickly than anticipated.

“Relative to a few months ago, we expect a greater impact on fourth-quarter revenue growth from eBay’s payments intermediation, given the pace of merchant migration in the third quarter,” Rainey said on the earnings call. “Over the longer term, a more rapid transition of merchants to eBay’s managed payments platform is better for us strategically, financially and operationally.”