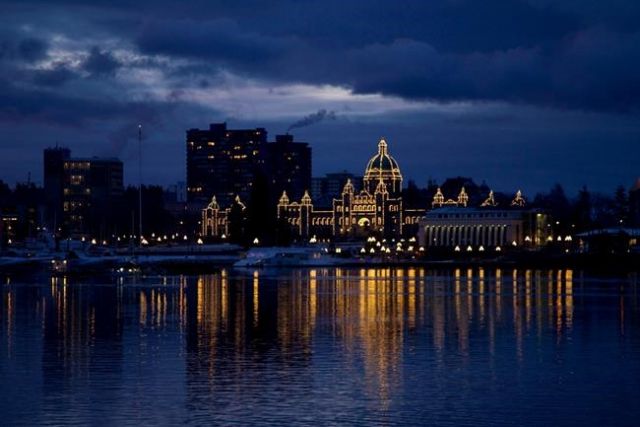 Staff and contractors in Victoria have been crunching the numbers on climate change costs for the coastal city and it’s not looking good, the mayor says.

Lisa Helps says based on a report commissioned by the regional government in 2015, storm surges combined with a one-metre rise in sea level — which is projected by the year 2100 — could result in business disruption losses of $415,557 per day.

Victoria was one of the first municipalities in British Columbia to pen a letter to oil and gas companies last year asking them to chip in to cover growing bills in proportion to their emissions.

It is joining local governments around the world in seeking some relief.

“We’re actively working through our climate leadership plan to reduce our reliance on fossil fuels, but in the interim there are real costs to taxpayers,” Helps said in an interview.

“It’s pretty fair to say ‘You caused this, you need to help us mitigate the cost,’ even as we all — energy companies and cities — work toward a renewable energy future.”

West Coast Environmental Law, which has driven the campaign in B.C., says 16 local councils have voted to write letters to fossil fuel companies. The most recent was West Vancouver, which voted last week.

It’s not about handing the entire bill to fossil fuel producers, but seeking a reasonable contribution relative to a company’s pollution, he said.

“No one is saying the individual consumer bears no responsibility, it’s a question of what the relative responsibility is,” he said.

The Canadian Association of Petroleum Producers declined comment, saying that since the letters are sent directly to companies, it considers the issue “company specific.”

The campaign has largely flown under the radar until recently when the resort town of Whistler in B.C. drew the ire of Alberta for sending one of the letters to Calgary-based oilsands giant Canadian Natural Resources Ltd.

“The people of Whistler need to tell the truth: that they are using Alberta gas for their cars, for their petrochemical products, and they’re using our oil and it’s time to smarten up,” he told the rally.

Governments in other parts of the world are trying different tactics.

Several cities in the United States, including New York and San Francisco, have tried unsuccessfully to sue major oil companies over climate change.

The Shell Group said in a statement it’s position on climate change has been a matter of public record for decades.

“We strongly support the Paris Agreement and the need for society to transition to a lower carbon future, while also extending the economic and social benefits of energy access to everyone,” it said.

“We believe co-operation is required across all segments of society, not lawsuits that impede the collaboration needed for meaningful change. Individual communities can be powerful drivers of positive change in the energy transition, but filing lawsuits against the producers of energy that drives the world’s economy, raises living standards and improves lives, is not the answer,” it said.