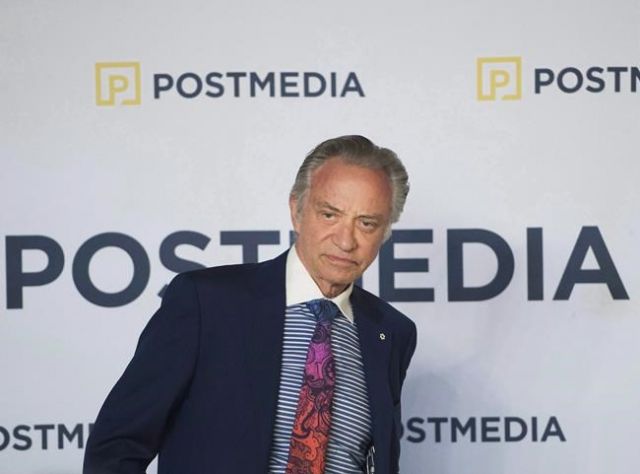 Postmedia Network Canada Corp. announced Thursday that Paul Godfrey is stepping down as CEO and will be succeeded by president and chief operating officer Andrew MacLeod.

Godfrey, who has been Postmedia’s CEO since the company was founded in 2010, will stay on as executive chairman.

MacLeod joined Postmedia in 2014 as chief commercial officer and was named chief operating officer in 2016. He became president in October 2017 and continues to hold that title as well as CEO.

The announcements came as the owner of the National Post and other Canadian newspapers announced a $1.4 million net loss for the quarter ended. Nov. 30.

Revenue for the Toronto-based publishing group fell to $171.3 million from just under $189 million a year earlier, when Postmedia reported a profit of $5.8 million with the assistance from gains on asset sales.