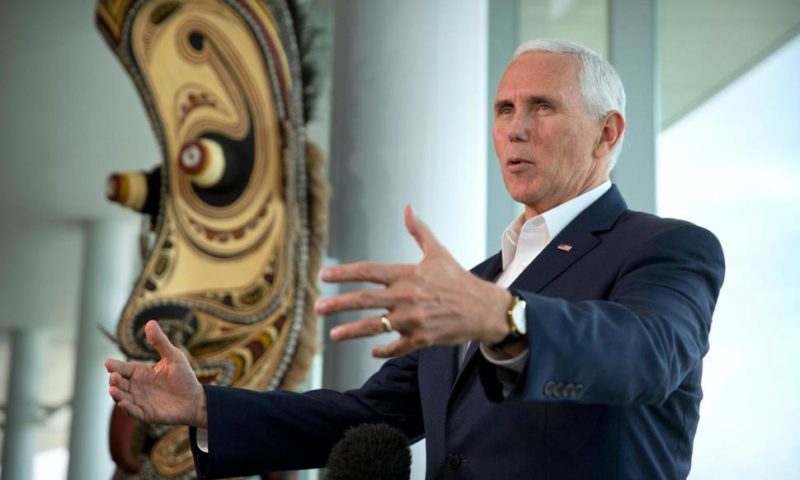 A meeting of world leaders in Papua New Guinea highlighted divisions between global powers the U.S. and China and a growing competition for influence in the usually neglected South Pacific.

PORT MORESBY, PAPUA NEW Guinea — A meeting of world leaders in Papua New Guinea has highlighted divisions between global powers the U.S. and China and a growing competition for influence in the usually neglected South Pacific.

The 21 nations at the Asia-Pacific Economic Cooperation summit in Port Moresby struggled to bridge differences on issues such as trade protectionism and reforming the World Trade Organization, making it likely their final statement Sunday will be an anodyne document.

In Port Moresby, the impact of China’s aid and loans is highly visible. But the U.S. and allies are countering with efforts to finance infrastructure in Papua New Guinea and other island states. The U.S. has also said it will be involved in ally Australia’s plan to develop a naval base with Papua New Guinea.

On Sunday, the U.S., New Zealand, Japan and Australia said they’d work with Papua New Guinea’s government to bring electricity to 70 percent of its people by 2030. Less than 20 percent have a reliable electricity supply.

“The commitment of the United States of America to this region of the world has never been stronger,” said Pence at a signing ceremony. A separate statement from his office said other countries are welcome to join the electrification initiative provided they support the U.S. vision of a free and open Pacific.

China, meanwhile, has promised $4 billion of finance to build the the first national road network in Papua New Guinea, among the least urbanised countries in the world.

UK Leader Fights Back Against Critics Amid Brexit Upheaval