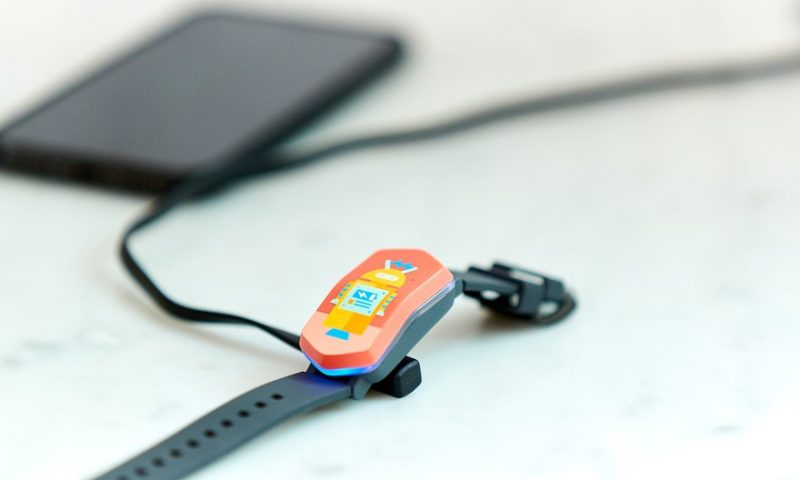 Though much of the recent conversation around patient monitoring technologies has centered on adult users looking to take health into their own hands, their pint-sized counterparts may have just as much to gain from wearable monitors.

A host of remote monitoring tech developers are already targeting the pediatric market. Owlet, for one, offers wearable and video monitoring technologies focused on improving the sleep quality of babies, while devices from Kiddo monitor vital signs around-the-clock for children with chronic conditions like asthma, autism and diabetes.

Both companies kicked off the new year with an eye toward growth—in the form of a new product launch for Owlet and the largest venture funding round yet for Kiddo.

The newest addition to Owlet’s product portfolio is the Dream Duo, a monitoring system that centers on the Dream Sock wearable device, with data from the sock and an HD video camera automatically sent to a Bluetooth-connected base station and accompanying app on parents’ smartphones.

The collected data are analyzed by Owlet’s sleep improvement program, so parents can use the app not only to monitor their children’s sleeping patterns but also to receive recommendations to help improve sleep quality. The system is intended for babies up to 18 months old and retails for $399.

“A survey found that parents can lose an average of 44 nights of sleep in the first year alone, but with the Dream Duo’s sleep learning program for babies 4-12 months, 90% of parents report improved sleep for their baby in just one week,” Owlet CEO Kurt Workman said in a statement.

The launch of the Dream Duo marks Owlet’s return to wearable baby monitors after its Smart Sock was the target of an FDA warning letter last fall. Owlet took the device off the market after receiving the letter, which noted that because the Smart Sock measured blood oxygen levels, heart rate and other vitals, then used those readings to alert caregivers to potential health conditions, it had to be classified as a medical device and therefore required FDA clearance before being sold.

The newly debuted Dream Sock still tracks the wearer’s heart rate but only sends alerts to parents when issues with sleep quality arise based on a combination of wake-ups, movement and heart rate.

Kiddo, meanwhile, is planning to go the FDA clearance route with its own monitoring device for kids. The Kiddo platform is designed to provide constant monitoring of the estimated 19 million children in the U.S. with chronic conditions such as asthma, congenital heart disorders, autism and diabetes.

A wrist-worn wearable uses five built-in sensors to track a child’s heart rate, body temperature, blood oxygen levels, perspiration and motion. That information is then sent to parents and care teams to help improve each child’s treatment and fine-tune diagnoses.

The San Francisco-based company announced Tuesday the close of its $16 million series A round—nearly double the size of its previous $9.5 million funding. It was led by digital health investor Vive Collective, which will also lend its founder and CEO, Cheryl Cheng, to Kiddo’s board of directors.

The financing and support from Vive allow the startup not only to double its teams in the U.S. and Asia and establish more partnerships with hospitals and payers, but also to begin pursuing the FDA’s sign-off for the platform.