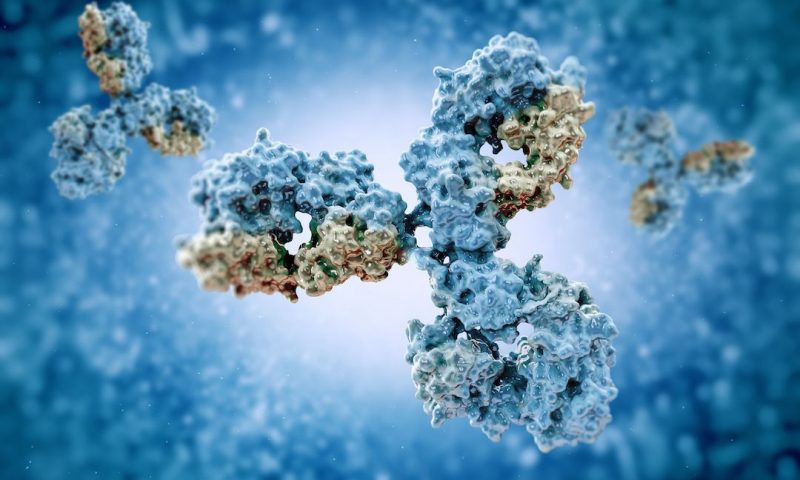 There is an urgent need for innovation in the treatments that can work alongside advances in detection and diagnosis to improve survival in the field of oncology. Although there has been significant progress in many indications, 10-year survival statistics for esophagus and lung cancer have shown an increase of less than 10%, and pancreatic cancer has shown no improvement at all since the 1970s.1 Furthermore, even in cancers such as melanoma, breast cancer, and uterine cancer where survival rates have improved, there is still a need for more efficacious treatments with fewer side effects.

Antibody–drug conjugates (ADCs) are an emerging class of targeted therapeutics with the potential to improve the therapeutic index seen with traditional chemotherapy. An ADC consists of three components: a monoclonal antibody or antibody fragment (which targets a tumor-associated antigen); a highly cytotoxic entity; and a chemical linker to conjugate the first two components. Binding of the antibody to the cell surface triggers internalization, and processing within endosomes or lysosomes releases the potent cell-killing molecule. An ADC’s mechanism of action combines the targeting power of an antibody with a potent cytotoxic agent, making it possible to eradicate cancer cells more effectively and selectively, while reducing the side effects which undermine patient quality of life (Figure 1).

Realizing the potential of an ADC depends on optimizing each part of the three-component ADC jigsaw puzzle. There are several factors which affect the likely clinical success of an ADC, including antibody choice, levels of heterogeneity and of target expression, payload potency and mechanism of action, conjugation strategy, and the choice of cleavable versus non-cleavable linker. To ensure a wide enough therapeutic window, the conjugate should be stable in plasma to prevent premature release of toxin in systemic circulation, and make use of a cytotoxic payload that once released within the cell is of sufficient potency to eradicate the tumor.

Currently, seven ADCs have been approved for therapeutic use: brentuximab vedotin (Adcetris®), trastuzumab emtansine (Kadcyla®), inotuzumab ozogamicin (Besponsa®), gemtuzumab ozogamicin (Mylotarg®), polatuzumab vedotin (Polivy™), enfortumab vedotin (Padcev™), and trastuzumab deruxtecan (Enhertu®). Adcetris, Polivy, and Padcev are conjugated to the tubulin inhibitor monomethyl auristatin E (MMAE), and Kadcyla to the tubulin inhibitor mertansine (DM1), via maleimide linkers. Besponsa and Mylotarg are conjugated to the DNA-damaging agent calicheamicin via an acid cleavable linker, and Enhertu is conjugated to the topoisomerase I inhibitor, deruxtecan, via a maleimide linkage. The clinical and commercial potential of ADC technology is reflected in the burgeoning pipeline. Nearly 90 ADCs entered clinical trials in 2019.2

First-generation ADCs, which incorporated familiar chemotherapeutic agents such as methotrexate, vinblastine, and doxorubicin, lacked sufficient potency even though they had been conjugated to antibodies to increase their specificity. Although the cBR96-doxorubicin conjugate showed promise in preclinical studies and progressed to a Phase II trial, it was insufficiently efficacious. This was largely attributed to under-potency of the doxorubicin payload, as it is estimated that 4–12 million doxorubicin molecules are required to kill a cell. Antigen expression levels are generally under 1 million copies per cell, making it difficult to achieve a critical concentration of toxin.3

Until recently, the majority of ADCs in development employed toxins from three product classes4: calicheamycins (Wyeth/Pfizer), maytansines (ImmunoGen), and auristatins (Seattle Genetics). This gives an indication of how difficult it is to find suitable payloads for use in the ADC field.

To be effective, a toxin is required to possess sufficient potency to elicit efficacy. Cytotoxic molecules for use in ADC design would ideally have subnanomolar potency for optimal efficacy. Payload concentrations in target cells are often low due to poor tumor localization and insufficient internalization. Toxins should also possess a functional group for conjugation of a linker, or be capable of being chemically modified to generate an appropriate site to allow for release in tumor cells. Additionally, the cytotoxin should be cost effective to manufacture.

Tubulin inhibitors from the auristatin and maytansine classes have been widely used.5 Auristatins block tubulin assembly and cause G2/M phase cell cycle arrest. Maytansine, a naturally occuring isolate from the African shrub Maytenus ovatus, is also a potent inhibitor of microtubulin assembly. While free drug potency is generally in the range of 10−9 to 10−11 M for tubulin inhibitors,6 and these conjugates have been approved in several indications, they are not as effective in indications with lower expression of target antigen or cells that are less sensitive to tubulin inhibition. There has therefore been a push toward design of payloads to address targets where tubulin ADCs are proving to be insufficiently active, such as colon cancer.

DNA-damaging agents are the other major toxin class used in the development of ADCs, providing a real shift in potency to the subnanomolar range, with some analogues exhibiting activity in the low picomolar range. These include the calicheamicin payload employed in both inotuzumab ozogamicin and gemtuzumab ozogamicin, as well as in duocarmycins, topoisomerase inhibitors, pyrrolobenzodiazepines (PBDs), and indolinobenzodiazepines (IGNs). The increase in potency allows for targeting of tumor-specific antigens that are expressed at lower density. As DNA-interacting payloads are active in nonproliferating cells, targets can be widened to include tumor-initiating cells (TICs).

Recently, clinical trial data have suggested that PBD-containing ADCs cause significant toxicity issues in patients. A Phase III trial of the CD33-targeting vadastuximab talirine was discontinued due to an unfavorable safety profile, for example.7 PBDs are based on naturally occuring, antitumor antibiotics that bind to the DNA minor groove in a sequence-specific manner. PBD dimers can form interstrand and intrastrand DNA crosslinks by covalently binding to the nucleophilic C2-amino group of a guanine base. Clinical trial failures have led to a shift from crosslinkers toward DNA monoalkylators, such as the IGNs, which have similar potency to PBDs. Crosslinking IGNs also have unfavourable toxicity profiles, but DNA-alkylating IGNs have not shown prolonged or delayed toxicity.8

In first-generation ADCs, conjugate stability was a second factor undermining efficacy, and this factor becomes even more critical as more potent payloads are developed. The first ADCs conjugated the payload primarily via cysteine and lysine residues that are naturally present in the antibody structure. However, the acid-cleavable linker used in gemtuzumab ozogamicin has been associated with nonspecific release of the drug in circulation. Second-generation ADCs often use maleimide-based conjugation chemistry (but this has a propensity to deconjugate via a retro-Michael reaction) and cross-conjugate to thiol-containing proteins such as albumin.

Advances in the field have led to conjugation technologies with improved stability, such as ring-opened maleimides that are stabilized against deconjugation, and Iksuda Therapeutics’ vinyl pyridine-based PermaLink® technology, which does not undergo the retro-Michael reaction.9 Third-generation ADCs make use of site-specific conjugation strategies such as engineered cysteines and nonnatural amino acid engineering.10

Emerging preclinical and clinical data will continue to guide the progress of ADCs, as this important therapeutic class increasingly offers benefits in efficacy and tolerabilitiy over current standard-of-care chemotherapies. These results will also help inform the ongoing innovation in payload and conjugation strategies that have the potential to improve efficacy in solid tumors, and broaden the range of indications that can be treated.