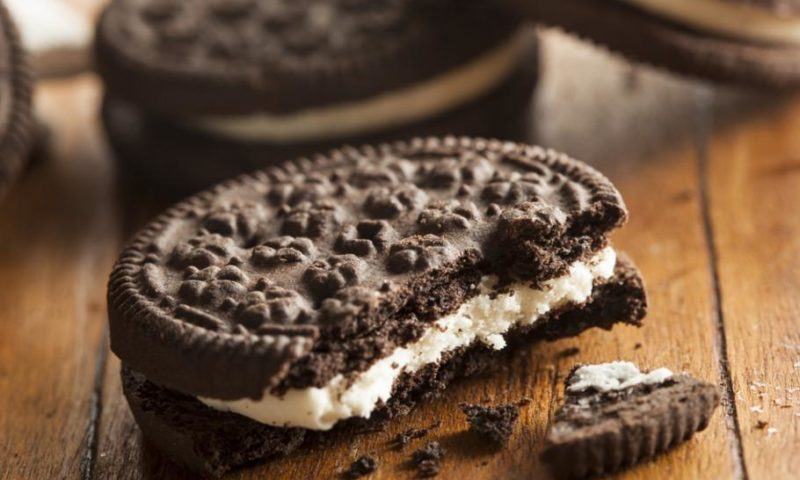 In his first interview since taking the helm last year, Van de Put said that Mondelez is undervalued. Shares slid 3.3 percent Friday and have dipped nearly 2 percent this year.

“We are at the moment a biscuit, chocolate, gum and candy company. But if you think about Oreos, where you already can see the example, Oreos is in ice cream, Oreo’s in yogurt, you can find Oreo brownie,” Van de Put said. “So we have brands that can play across these categories and we’re gonna do a bigger driver towards that also.”

The maker of Nabisco biscuits, Ritz crackers and Chips Ahoy cookies expects revenue to grow 1 percent to 2 percent this year. It also plans to buy back approximately $2 billion in shares.

For next year, Mondelez anticipates revenue to rise by 2 percent to 3 percent and adjusted earnings per share to grow by 3 percent to 5 percent. The company is projecting approximately $2.8 billion in free cash flow.

Its revenue forecasts are “organic,” meaning they exclude fluctuations in sales from acquisitions or divestitures.

Mondelez gave its financial targets as it unveiled a new tagline, “snacking made right.” The company said this builds on Mondelez’s promise to offer consumers “the right snack, for the right moment, made the right way.”

The new strategy comes as Van de Put settles into his new role. He took over as CEO of the snack giant last fall after longtime CEO Irene Rosenfeld retired.

The packaged food category has struggled as consumers ditch boxed and canned food in favor of more fresh foods and niche brands. Snacks are a growth opportunity, though, especially among younger consumers.