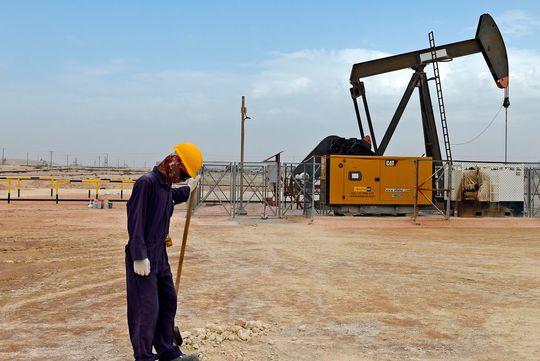 Oil futures turned higher on Tuesday, a day after the U.S. benchmark suffered its biggest one-day decline since March, as signs of a tight physical market help soothe worries over the economic outlook tied to the spread of the delta variant of the coronavirus that causes COVID-19.

Prices have “somewhat stabilized” following the drop seen on Monday, which was “triggered by an increase in COVID cases caused by the delta variant,” said Naeem Aslam, chief analyst at AvaTrade, in a market update. “Oil prices have fallen due to uncertainty about the future outlook of demand for oil, as investors fear the resumption of lock downs and a boost in supply subsequent to the OPEC+ agreement.“

Read: Why the oil market likes the OPEC+ deal but prices don’t show it

However, investors should keep in mind that the U.S. economy is “rapidly recovering, as evidenced by restaurant bookings and domestic flights returning to pre-pandemic levels,” said Aslam. “This demonstrates that previous national lockdowns are unlikely to occur again.”

“In addition to the change in supply dynamics from OPEC+, oil markets are reflecting the risk-off sentiment in the broader market as investors unwind positions that have been more bullish on balance than anytime in the past year,” said Rob Haworth, senior investment strategist at U.S. Bank Wealth Management.

Also of concern is the impact on demand growth from the delta variant of the coronavirus, and as “the market works through these issues…prices could test the lows from the early part of the second quarter,” he told MarketWatch.

Still, “a solid back-to-school season and diminished inventories mean prices over the rest of 2021 should remain well above average prices from 2020,” Haworth said.

Oil supplies have also been tightening, with U.S. crude inventories below the five-year average for this time of year. The Energy Information Administration has reported weekly decreases in supplies for eight weeks in a row, and is expected on Wednesday to report yet another decline.

On average, analysts expect the EIA to report a fall of 6.7 million barrels in domestic crude supplies for the week ended July 16, according to a survey conducted by S&P Global Platts. They also forecast a inventory declines of 1.1 million barrels for gasoline and 600,000 for distillates.

“The crude oil physical market has been tight over recent months, with the ongoing economic recovery likely to remain supportive for oil demand over the second half of the year,” said Warren Patterson, head of commodities strategy at ING, in a note.

“The output increments from the OPEC+ will help ease the supply tightness somewhat for the rest of the year but may not be sufficient to fill the entire supply gap, according to the IEA estimates released earlier in the month,” he said.