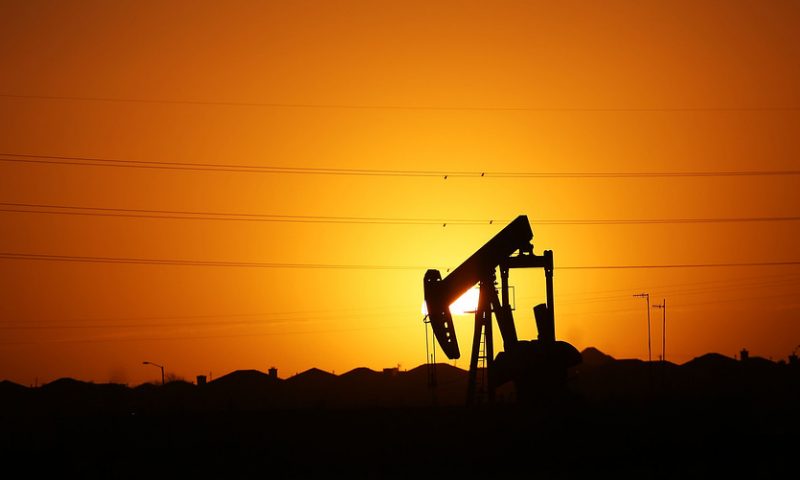 China’s exporters have been hurt by the U.S. tariffs, but news of a U.S.-Mexico-Canada may lift output for oil demand

Oil futures fell on Monday, but settled above the session’s worst levels, as traders weighed expectations for energy demand, with some economic weakness in China raising concerns over a slowdown, but news of tentative U.S.-Mexico-Canada trade deal offering support.

The move for prices follow’s last week’s important gathering of the Organization of the Petroleum Exporting Countries and their allies, known as OPEC+.

“The rally has fizzled since OPEC+ agreed to the new production quota,” as it “remains to be seen how much actual additional oil is taken off the market as opposed to what was incorporated into the 500,000 [barrel-per-day] cut,” said Marshall Steeves, energy markets analyst at IHS Markit. “The Saudis will be key, given their pledge to cut above and beyond their pledged commitment.”

Meanwhile, “non-OPEC output continues to rise with U.S. production at a record and creeping higher,” he told MarketWatch Monday. “Also, demand growth outside the U.S. is weak and likely to remain so through 2020. With trade still an issue, this is probably a sideways market for now.”

West Texas Intermediate crude for January delivery CLF20, -0.05% fell 18 cents, or 0.3%, to settle at $59.02 a barrel on the New York Mercantile Exchange, after trading as low as $58.23 during the session. Prices booked a 7.3% weekly gain on Friday, marking the biggest such rise since the week ended June 21, according to Dow Jones Market Data.

Friday saw both benchmarks notch their highest settlements since September.

Data out of China showed that global exports were off 1.1% from a year earlier at $221.7 billion, refreshing concerns about the world’s second-largest economy and its potential impact on oil uptake.

China’s exporters have been hurt by the U.S. tariffs, as both countries attempt to resolve a nearly yearlong dispute ahead of a Dec. 15 deadline that will see annual tariffs on $156 billion in China goods raised to 15%.

On Monday, however, news emerged that House Democrats have reached a tentative agreement with labor leaders and the White House over a rewrite of the U.S.-Mexico-Canada trade deal. The deal has yet to be completed and no vote has been scheduled, the Associated Press reported, citing a Democratic aide not authorized to discuss the talks. Mexico and Canada are among the biggest markets for U.S. petroleum exports.

Last week, crude-oil prices were influenced by negotiations between big producers in Vienna.

“This decision crystallizes an important shift in strategy to managing short-term physical imbalances rather than trying to correct perceived long-term imbalances through open-ended commitments,” according to a research note from commodity analysts at Goldman Sachs after the OPEC+ meeting.

However, market participants are worried about global producers’ compliance with the new production cuts and sluggishness in the global economy.

“The increase in production cuts, while an attempt by OPEC producers to bolster prices, runs the risk of pushing up prices to the extent that they choke off demand in what is a global economy that, while showing some signs of a recovery, still looks fragile,” wrote Michael Hewson, chief market analyst at CMC Markets U.K., in a research note.

Analysts also questioned the effectiveness of the OPEC+ decision, given that the cuts will only be in effect through March 2020. OPEC and its allies will meet on March 5 and March 6 to re-evaluate the cuts.

“A lack of clarity on the path for the group’s output beyond 31 March 2020 and the exclusion of condensates from Russia’s target calculations partly tempered the bullish sentiment,” said Amarpreet Singh, oil analyst at Barclays, in a note.

“Prices are being pushed lower as weather forecasts for the period of December 14 through 22 call for warmer-than-normal temperatures across the eastern part of the country, as well as parts of the Midwest,” Christin Redmond, commodity analyst at Schneider Electric, in a daily note. “The expected reduction in heating demand, combined with strong production levels and healthy inventories, promotes a continuation of the bearish market trend.”

US Productivity Edges Down 0.2% in Third Quarter