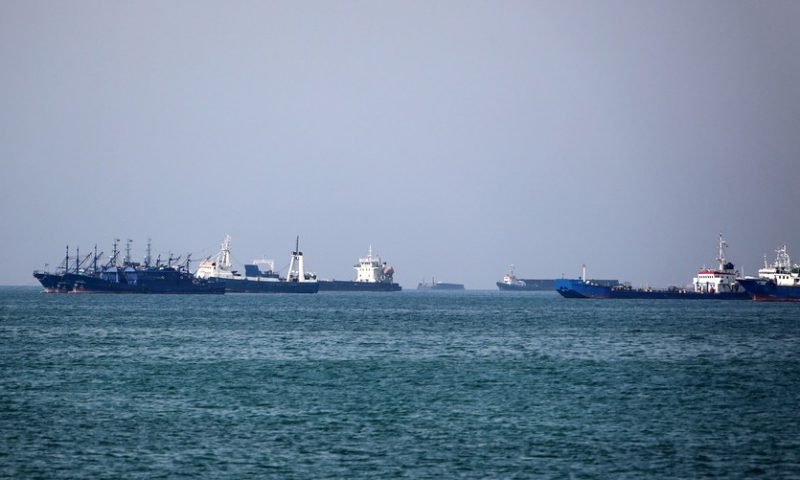 Oil prices climbed Monday after Saudi Arabia said two of its crude tankers were attacked near the Strait of Hormuz over the weekend.

Prices were higher “on increasing concerns about supply disruptions in the Middle East even as investors and traders fretted over global economic growth prospects amid a standoff in the Sino-U.S. trade talks,” said analysts at ICICI Bank.

Saudi oil minister Khalid al-Falih said through the country’s official press agency that there was ”significant damage” to the two tankers, as those vessels tried to cross into the Persian Gulf early Sunday morning, local time, the Wall Street Journal reported.

West Texas Intermediate crude for June delivery CLM9, +0.39% rose $1.07, or 1.7%, to $62.73 a barrel on the New York Mercantile Exchange. A settlement around this level would be the highest since May 1 for a front-month contract, according to FactSet data.

Perceived riskier assets such as stocks fell Monday on renewed trade tensions, after the U.S. and China failed to reach a trade deal on Friday and both sides appeared to dig in over the weekend.

But oil was gaining as Middle East tensions appeared to ratchet up, posing a potential threat to global supply.

The Saudi incident comes days after the U.S. said it would send an aircraft carrier and bombers over what the administration of President Donald Trump has described as an increased threat from Iran.

The Saudis didn’t identify which country might be responsible for the attack in the Strait of Hormuz, the world’s busiest waterway for global oil shipments by sea. A spokesman for Iran’s foreign ministry, Abbas Mousavi, reportedly called for an investigation into the attacks on Saudi ships.

“This attack raises the stakes for oil and will add more volatility,” said Phil Flynn, senior market analyst at Price Futures Group. “Yes, trade war concerns can have an impact on demand down the road, but geopolitical events can impact oil supply now. This is very true especially against the growing threat from Iran.”

Meanwhile, the U.S. decided to end its waivers on Iran oil sanctions last month, in an effort to push Iranian oil exports to zero. Iran reportedly threatened to close the Strait of Hormuz in retaliation for sanctions.

“We are seeing increased risks to the upside” for oil, particularly when these factors are combined with lower output from Venezuela and the production-cut agreement led by the Organization of the Petroleum Exporting Countries, said Flynn.

How much higher prices can go from here “depends on how severe the threat [is] in the Strait of Hormuz and the Houston Ship Channel,” said Marshall Steeves, energy markets analyst at Informa Economics. The Houston Ship Channel was closed after a liquefied natural gas tanker collided Friday afternoon with a tug boat pushing two barges, according to the Houston Chronicle. It was reopened Sunday as crews cleaned up the scene.

Overall, oil prices could see a climb of “possibly 1% or 2% if the uncertainty persists,” Steeves said.