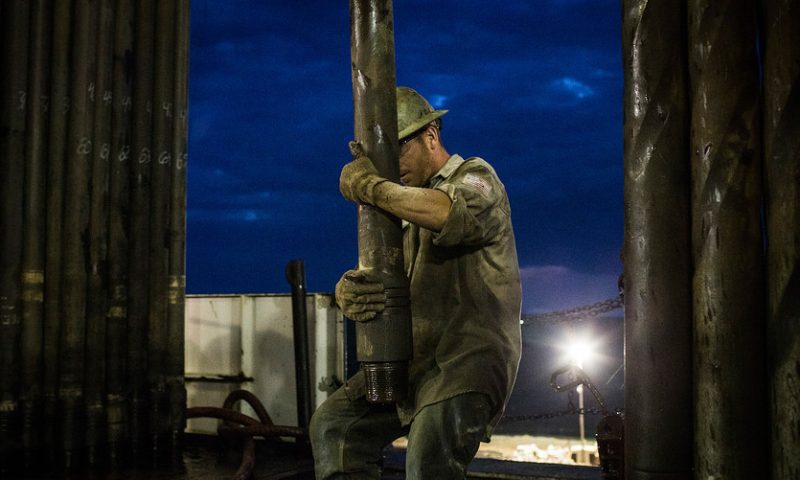 West Texas Intermediate crude for November delivery CLX19, +1.26% fell 47 cents, or 0.9%, to end at $53.31 a barrel on the New York Mercantile Exchange, after the U.S. benchmark contract posted a 1.7% weekly decline. The November contract, expires at Tuesday’s settlement.

Both benchmark crude contracts finished at their lowest since Oct. 8, according to FactSet data.

Markets participants have been digesting evidence that some of the biggest economies in the world are weakening, which could deliver a hit to overall crude uptake in the near term. On Friday, China’s National Bureau of Statistics released data showed slower-than-expected growth from the second-largest economy. Gross domestic product expanded at a 6% pace in the third quarter, the slowest in 27 years.

On top of that, signs that some major producers aren’t adhering to production agreements are also weighing on sentiment.

Russia on Sunday said that it failed to comply to its commitments in September to curb production, citing increases in natural-gas condensate production ahead of winter, Reuters reported.

The current output pact between the Organization of the Petroleum Exporting Countries and its allies to cut 1.2 million barrels a day runs through March 2020.

Meanwhile, Kuwait and Saudi Arabia were having discussions to restart production in oil fields that they manage jointly, which could deliver some 500,000 barrels a day in crude, pressuring prices, according to Reuters. The fields Khafji and Wafra have been shut for the past four years.

“Kuwait expects to sign an agreement with Saudi Arabia to restart production at the 500,000 bpd neutral zone along their border within 30 to 45 days,” wrote Robert Yawger, director energy at Mizuho Securities U.S.A., in a daily research report.

On a technical basis, market participants say a bearish trend may be taking hold of crude trade, with an increase in bets that prices will fall, according to the weekly Commitments of Traders Report from the U.S. Commodity Futures Trading Commission released on Friday.

“Oil prices are sagging at the start of the week on rising bearish bets from hedge funds and after Russia did not hold up to their end of the supply reduction pact. The smart money has turned very bearish on WTI, with bearish bets rising almost threefold according to the [report] which highlights data for the week ending Oct. 15,” wrote Edward Moya, senior market analyst at brokerage Oanda, in a daily research report.

“A continuation of rising production levels along with storage levels reaching a surplus to the five-year average last week are factors likely helping to keep pressure on prices,” Christin Redmond, commodity analyst at Schneider Electric, wrote in a daily note.