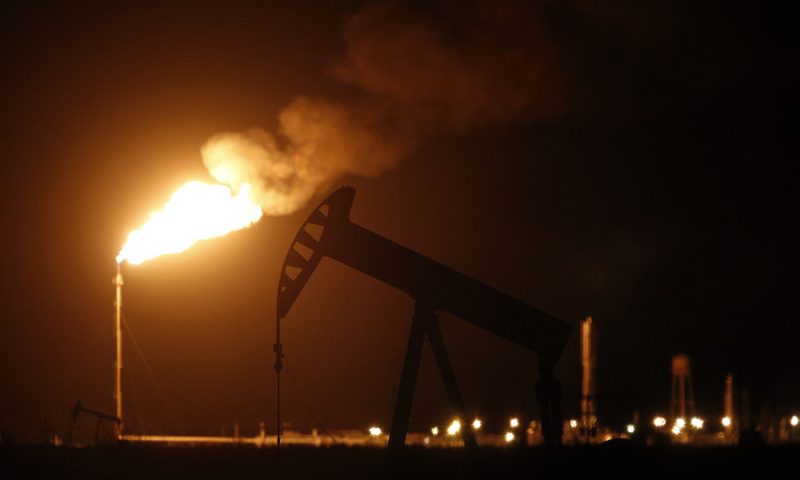 Oil futures ended lower on Wednesday, pressured by uncertainty surrounding global crude production, despite data from a U.S. government report that revealed the first weekly decline in U.S. crude stocks in a month.

“The biggest obstacle for higher prices are the same factors that got them here in the first place,” Alfonso Esparza, senior market analyst at Oanda, told MarketWatch. “U.S. sanctions against Iran and Venezuela could get tighter, but it could trigger an end to the OPEC+ deal.”

“Russia and other major producers have hinted that they could ramp up production,” and “U.S. shale expectations point to more supply,” he said. “So a repeat of 2014 [oil-price crash] could present itself if Saudi Arabia does not manage to convince major producers to keep the production cuts active.”

The Energy Information Administration on Wednesday reported that U.S. crude supplies fell by 1.4 million barrels for the week ended April 12. Analysts polled by S&P Global Platts expected a rise of 1.8 million barrels, following three consecutive weeks of increases, but the American Petroleum Institute on Tuesday had reported a larger decrease of 3.1 million barrels.

Earlier Wednesday, oil prices found support as data showed that China’s economy, the world’s second largest, expanded by 6.4% over a year earlier in the three months ending in March. That matched the previous quarter for the weakest growth since 2009, but beat analysts’ expectations of 6.3%.

Oil had pulled back earlier this week after Russia’s finance minister reportedly questioned his country’s participation in a production-cut deal led by the Organization of the Petroleum Exporting Countries that has been credited in part for a rally that has seen the U.S. benchmark surge nearly 40% since the end of last year as Brent rose more than 30%. The deal is set to expire at the end of June and OPEC and its allies have scheduled their next official meetings for June 25-26.

Renewed fighting in Libya has raised concerns about the durability of a pickup in oil exports by the country. Sanctions on Venezuela and the approaching expiration of U.S. waivers for importers of Iranian oil have also contributed to supply jitters, analysts said.

Meanwhile, May natural gas NGK19, -0.40% fell by 5.5 cents, or 2.1%, to $2.517 per million British thermal units. The EIA is expected to report on Thursday an increase of 90 billion cubic feet in U.S. natural-gas supplies for the week ended April 12, according to a survey of analysts from S&P Global Platts.

US Retail Sales Soared 1.6% in March