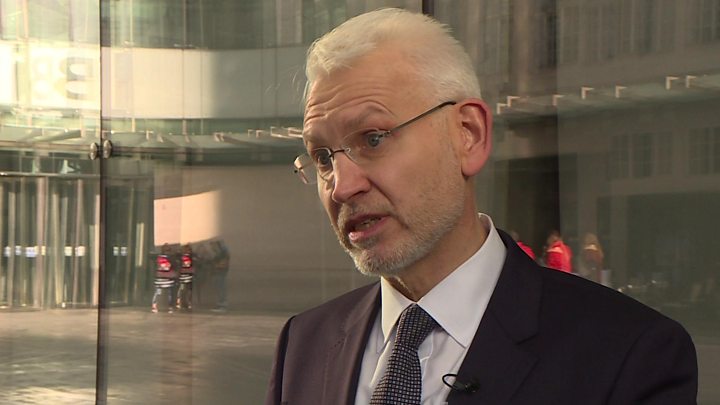 Energy firm Npower is to cut up to 4,500 UK jobs as part of a plan to make it more profitable.

Three call centres are under threat of closure, at Houghton-le-Spring, near Sunderland, an office in Hull and one in Worcester.

Unions called the action a “cruel blow” for the company’s workers in the run-up to Christmas.

Under the restructuring, Npower’s owner E.On will merge computer systems to save money.

“We’ve emphasised repeatedly that we’ll take all necessary action to return our business there to consistent profitability.”

The company said reports from unions of 4,500 job cuts were of the correct “order of magnitude”, but that the final figure would not be announced while it is still consulting with unions.

There are around 2,500 jobs at Houghton-le-Spring, and more than 600 at each of the Hull and Worcester offices.

Npower’s other sites in the UK are at Leeds, Birmingham, Swindon, Solihull and Oldbury.

The restructuring plan – which is set to cost Npower £500m – would see small businesses and consumers served by the same computer systems and customer service teams. Large industrial customers would still be served separately.

The firm said its division serving households would effectively be merged into E.On’s. The government-imposed price cap had eroded profits, as it had at competitors, it said.

Its division serving other businesses “is a profitable very good business,” it said, and would keep the Npower brand name.

The GMB union said the announcement would be a “body blow” to Npower workers.

“Government has to urgently wake up to the impact that the price cap is having on good and reasonably well-paid jobs in UK energy companies.

“Npower is a poorly managed company with significant losses in the UK but it’s always the workers that face the brunt of poor management coupled with regulation that sends work overseas whilst sacking energy workers in the UK.”

“They’ve been worried about their jobs for months. Now their worst fears have been realised, less than a month before Christmas.

“The UK energy market is in real danger of collapse. If nothing is done, there could soon be other casualties,” he said, urging the government to take ownership of the retail businesses of the six largest providers.

Npower, one of the big six energy providers in the UK, announced plans in January to cut 900 jobs in another attempt to save costs.

The firm blamed “an incredibly tough” retail energy market for the decision and the government’s new price cap, which began at the start of January.

Daimler will cut thousands of jobs by end of 2022