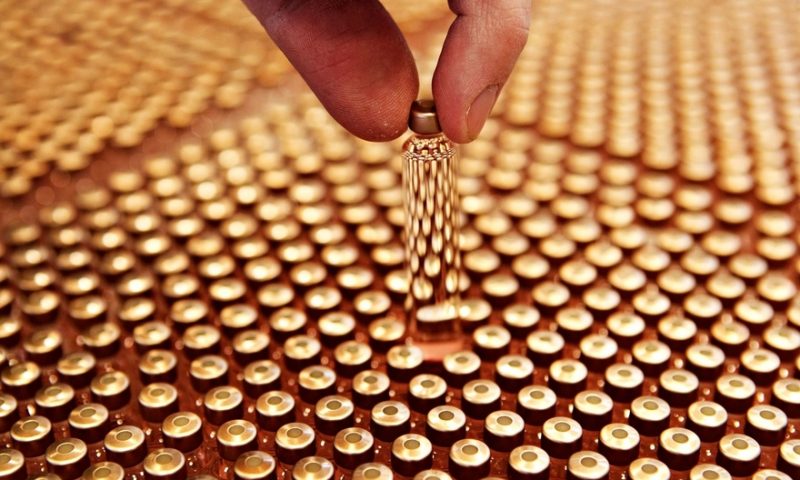 People with Type 2 diabetes are no strangers to needles, with some injecting bolus insulin after meals, others injecting basal insulin once or twice a day, and others still doing both. Novo Nordisk is working on a once-weekly basal insulin that could cut down on these injections, and the phase 2 data look promising.

In one study, the company tested the drug, dubbed insulin icodec, in 154 patients with Type 2 diabetes that was not well controlled with oral diabetes meds and once- or twice-daily shots of basal, or background, insulin. Some were switched over along with a loading dose of insulin glargine, better known as Sanofi’s Lantus.

Patients who took Lantus as well as insulin icodec fared better than patients taking Lantus alone. In the last two weeks of the 16-week trial, they kept their blood sugar within the range of 3.9 to 10.0 mmol/L nearly three-quarters of the time (73%), compared to 65% for patients on Lantus alone. A blood sugar level of 7.8 mmol/L is considered normal. Patients who took insulin icodec alone did about as well as patients on Lantus, spending 66% of their time within that range, compared to 65% for the Lantus patients.

The study, presented Tuesday at the annual meeting of the European Association for the Study of Diabetes, met its primary endpoint, but it did not hit its secondary endpoints. These included changes from baseline hemoglobin A1C—which averages blood sugar level over the past two to three months—or reducing episodes of hypoglycemia, or low blood sugar. Though neither insulin icodec regimen beat Lantus alone on these measures, Novo is chalking the data up as a win since patients didn’t do worse on the new drug.

“We know that many people with type 2 diabetes prefer simplicity, meaning fewer injections and more convenience than what is currently provided with once- or twice-daily basal insulin treatment regimens,” said lead investigator Harpreet Bajaj, M.D., an endocrinologist at LMC Diabetes & Endocrinology, in Ontario, Canada. “This phase 2 trial demonstrates the potential benefit insulin icodec could offer to people with type 2 diabetes in need of insulin therapy, aiding easy transition onto a new treatment option without the daily burden and complexity that is associated with current therapies and potentially even experience more time in good glycaemic control with low risk of hypoglycaemia.”

Novo also presented data for insulin icodec from 247 patients with Type 2 diabetes who had never taken insulin before. The data, published in the New England Journal of Medicine and previously unveiled at the virtual meeting of the American Diabetes Association in June, showed that the once-weekly insulin lowered blood sugar at similar rates to Lantus, with a comparable safety profile, to boot.

The company plans to start a phase 3 study for insulin icodec by the end of the year. If approved, the new treatment could not only reduce the frequency of injections for patients who already take insulin, but it could encourage more people to start taking insulin.

“Many people with Type 2 diabetes are reluctant to initiate insulin therapy due to the need for daily injections. This may affect how well their diabetes is managed,” said Martin Holst Lange Novo’s senior vice president, global development, in a video discussing the results.