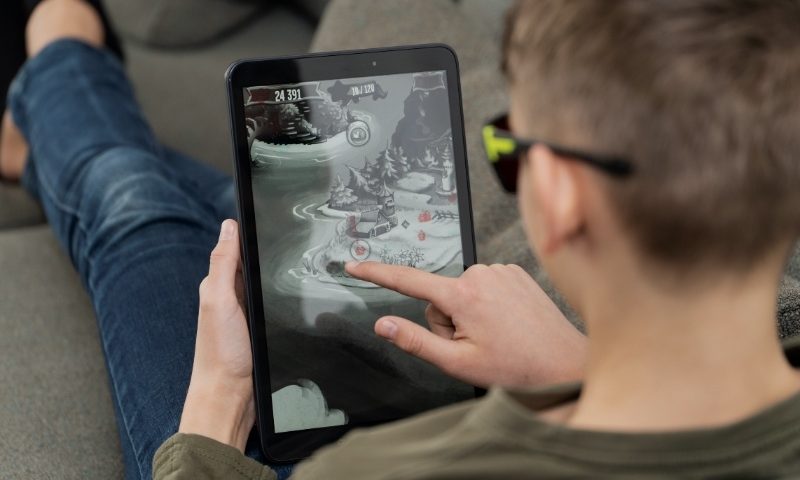 Novartis is taking another stab at the digital therapeutics space by acquiring a small startup developing a video game treatment for lazy eye, also known as amblyopia.

The Big Pharma said it will continue the work of Phoenix-based Amblyotech—and maintain its multiyear collaborations with global gaming studio Ubisoft and McGill University—to gather regulatory approvals and bring a series of games to the market.

Affecting about 3% of the world’s population, amblyopia occurs when the brain begins to favor the use of one eye while ignoring inputs from the other. This can lead to progressively poorer vision if left untreated, according to Novartis.

Using 3D glasses and a tablet, Amblyotech’s “Dig Rush” app delivers different images to each eye—in this case, different gameplay elements such as movable, cartoon mole characters and items for them to mine and collect. This forces both eyes to work together and is designed to improve binocular vision.

“By offering a noninvasive solution that has the potential to be significantly faster than current standards of care such as patching for children and adults impacted by lazy eye, Amblyotech’s software is a great example of how we can reimagine medicine using digital technology,” said Nikos Tripodis, head of Novartis’ global ophthalmology business.

Proof-of-concept studies are slated for later this year. Pending approvals, the company plans to market the prescription game through its global commercial footprint, Tripodis said. Financial details of the acquisition were not disclosed.

“We believe Novartis is best positioned to maximize the opportunity for our amblyopia treatment to reach and help patients who suffer from this condition,” said Amblyotech CEO Joseph Koziak, describing the company’s game as potentially a first-in-class therapy.