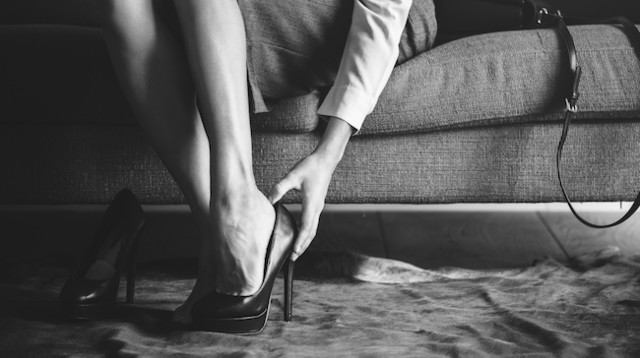 Alberta has taken steps to ban employers from requiring people to wear high heels at work.

“Our government has the back of every worker and today we are also looking out for your feet,” Gray said Friday.

Ontario and British Columbia banned mandatory high heels in 2017 and Manitoba did the same this year. Alberta’s changes are to come into effect Jan. 1.

Gray said she heard from servers who said high heels were causing them pain and putting them at risk of tripping and falling.

“Working almost half my industry career in a workplace that demanded unsafe and uncomfortable footwear has left my feet in the shape of diamonds from the shoes that I wore eight to 10 hours,” she said.

She hasn’t had to wear heels for eight years, but still feels pain in her feet, she said.

“Working in an environment where looks and clothing trump service and food, you kind of lose your self worth as a woman,” Caputo said. “You are pretty much an object and that’s what we felt like.”

Gray said no one should be forced to wear any type of footwear that may cause health or safety problems. She said the amendment will prohibit all employers in every sector to require workers use footwear that may pose risks.

“Women still have the choice to wear high heels but they cannot be forced to, especially in unsafe working environments,” she said.

Can-Am, Ski-Doo on a tear