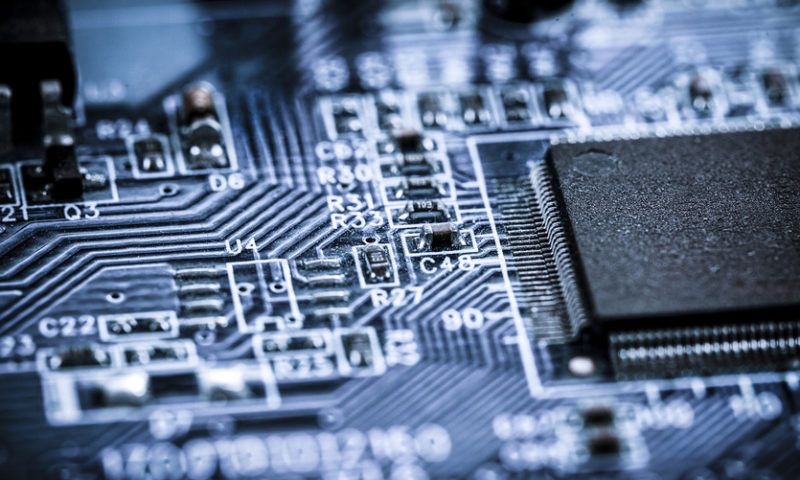 As investors debated the frightening potential raised Thursday by a Bloomberg News report of a supposed secret spy chip hidden on American servers by the Chinese government, the stock of one company was hit far harder than any others mentioned in the report.

That company, Super Micro Computer Inc. SMCI, -41.12% is a little-known Silicon Valley server developer, which rode the early days of the data-center boom but has fallen out of favor among investors in recent years under an accounting cloud. Its shares — currently traded over the counter — plunged 41% Thursday, as the company’s server components were cited as being compromised with a minuscule computer chip inserted during the manufacturing process in China that could let hackers gain access to any network containing the altered motherboards.

Supermicro and three of its customers named in the report, including Apple Inc. AAPL, -1.76% and Amazon.com’s AMZN, -2.22% AWS, have sharply denied the report.

“Super Micro Computer Inc. … strongly refutes reports that servers it sold to customers contained malicious microchips in the motherboards of those systems,” the San Jose, Calif.-based company said in a statement. adding that each company in the article (Supermicro, Apple, Amazon and Elemental) issued strong denials.

But the company is a bit of a mystery at the moment to Wall Street. Its stock was delisted by Nasdaq in August, after it failed to meet a deadline to file its annual report for fiscal 2017, ended that June, and the following three quarterly reports. In a brief call in August with the few remaining analysts who cover the company, Supermicro executives said they were reviewing “thousands of revenue transactions in detail” to complete its financial reports. Regulators appear to be concerned about the company’s revenue recognition disclosures.

“The main issue is the quarter in which revenue must be recognized,” Kevin Bauer, Supermicro’s chief financial officer, told analysts. “We have not yet determined whether the magnitude of any timing adjustment will be material to any of our previously filed financial statements.”

Supermicro was founded as a family company 25 years ago by Charles Liang, a Taiwanese engineer who came to the U.S. to attend the University of Texas at Arlington. The company went public in 2007, raising $64 million, with shares priced at $8 a share — below the range at the time, in a tough environment that still persists for low-margin hardware companies. It develops servers and motherboards around Intel Corp. INTC, -1.29% and AMD Inc. AMD, -2.29% chips.

In the early days of the cloud-computing and data-center boom, its shares roared, and in 2013, Supermicro bought the building and campus of the San Jose Mercury News, paying $30.5 million for the site, which once housed the newspaper’s printing plant. It trumpeted the news, saying it was a milestone for the company. In early 2015, its shares reached a peak of $40.18.

But in the summer of 2016, Supermicro’s stock took a hit after it told investors that it lost a couple of server storage customers in the quarter. The next year, The Information reported that Apple was purging Supermicro servers from its data center because of a potential security vulnerability found in one data center.

Today, the company appears to have fewer than five analysts on Wall Street covering its stock. A few firms discontinued coverage as its accounting issues continued for months. In its call in August with investors, in which the company released only estimated revenue for its fiscal fourth quarter ended in June, executives tried to explain the delays.

“The question you must be asking is, ‘why is this matter taking so long?’” said Bauer. “The answer is that in order to be thorough, we are reviewing transactions near the end of each quarter for similar issues found in the earlier testing, but particularly as it relates to the matching of purchase order and shipping terms to the timing of revenue.” He said Supermicro offered “free shipping” to customers, only it interpreted free shipping to mean that customers could arrange for their own shipping company to pick up the products at its shipping dock, which had an unintended accounting consequence.

Whether or not Supermicro’s problems extend to being an unwitting purveyor of servers with hidden Chinese spy chips or not, investors are concerned about its accounting woes. The report could cause further damage, if customers get as nervous as investors.

Why investors shouldn’t fear the dominance of FAANG stocks