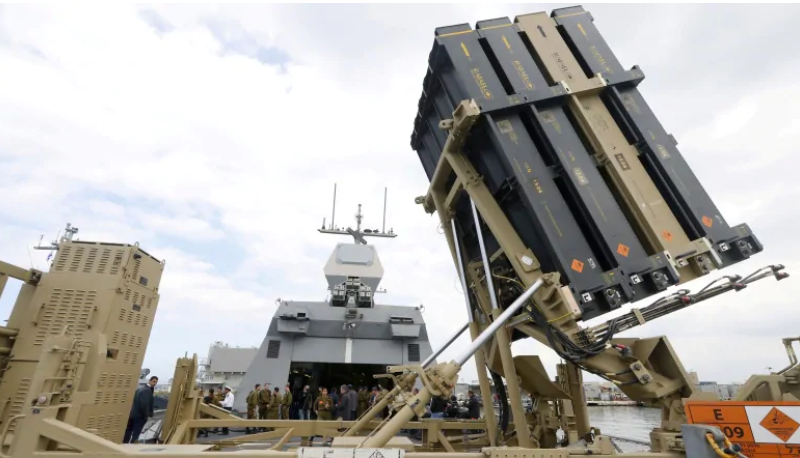 A rocket launched from the Gaza Strip at a southern Israeli city on Wednesday as it hosted a campaign rally by Prime Minister Benjamin Netanyahu prompted him to take shelter briefly before resuming the event, Israeli TV stations reported.

The Israeli military confirmed the launch against Ashkelon, which is 12 kilometres from the coastal Palestinian enclave, and said the rocket was shot down by an Iron Dome air defence interceptor.

There was no immediate claim of responsibility in Gaza, which is under the control of Hamas Islamists and where a smaller armed faction, Islamic Jihad, exchanged fire with Israel during a two-day surge of violence last month.

Israeli TV stations showed Netanyahu, who is campaigning to keep the helm of the conservative Likud party in an internal election on Thursday, being escorted off a stage by bodyguards. The reports said he was taken to a shelter after sirens sounded.

It was the second attempt after a September appearance by Netanyahu in the nearby town of Ashdod was briefly disrupted by a rocket siren.

Israel sparked the November fighting in Gaza by assassinating Baha Abu al-Atta, an Islamic Jihad commander it accused of ordering the launch against Ashdod.

“He [al-Atta] is no longer around,” Netanyahu said in a video circulated on social media that showed him smiling after he retook the stage in Ashkelon, to cheers from onlookers.

In a veiled threat to retaliate for Wednesday’s attack, he added: “Whoever tried to make an impression just now should pack his bags.”

While Netanyahu is widely expected to retain Likud’s leadership, he faces a tough battle ahead of a March general election in Israel — its third in a year, after he and his centrist rival Benny Gantz failed to secure majorities in two previous ballots. Netanyahu’s standing has been dented by an indictment on corruption charges that he denies.

Netanyahu’s failure to stem attacks from Gaza has been invoked by his political rivals.

“The situation in which Israeli citizens live at the mercy of terrorists and the prime minister of Israel is unable to tour parts of his country is a badge of shame on the security policy in the south — and a loss of deterrence that no sovereign country can accept,” Gantz, a former military chief, said in a statement on Wednesday.