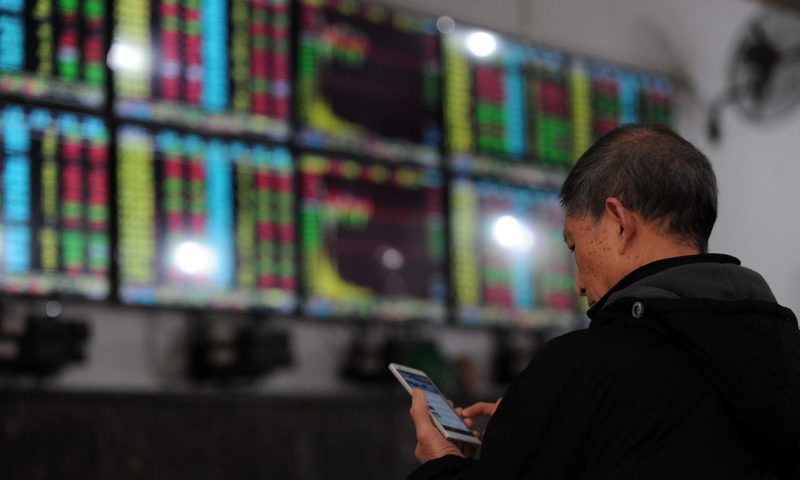 Major U.S. stock benchmarks finished Monday above, or near, their prior all-time closing highs, as lockdown measures eased in New York City and elsewhere, sparking optimism about the potential for economy recovery.

The Dow on Monday finished 6.7% off its closing high in mid-February, while the S&P 500 ended only 4.5% shy of its highest close, according to Dow Jones Market Data.

The Federal Reserve has been wildly successful in terms of keeping credit flowing during the pandemic, with major U.S. equity and debt benchmarks already recouping significant lost ground since the COVID-19 pandemic forced the nation into lockdown.

The stock rally included not only high-flying technology companies that provided sought-after services during recent shutdowns, but also companies battered by low oil prices and the near halt in travel.

“I’m finding it exciting,” said Diane Jaffee, a senior portfolio manager at TCW, in a telephone interview with MarketWatch, adding that the breath of the recovery and recent sector rotation looks like it’s “not for a short term, but longer term.”

Investors also will keep an eye on what the central bank does next, with the Fed set to release its updated policy statement on Wednesday and its first set of economic projections since December.

Investors aren’t expecting the Fed to pull in its backstops or to dial back rates, which currently stand at a range between 0% and 0.25%. But they will look for more clues from policy makers after Friday’s jobs report produced a stunning 2.5 million increase in payrolls in May, when economists had expected as many as 9 million jobs lost in the month, amid coronavirus-related closures.

“Some policy makers will look at the results of recent progress and conclude that no more fiscal stimulus is needed,” said Kristina Hooper, Invesco’s chief global market strategist, in emailed commentary on Monday, while pointing to a classification error that made the unemployment rate look better than it actually was.

“To the contrary — I believe that recent economic data proves that fiscal stimulus is needed,” Hooper said.

In other economic data, the National Bureau of Economic Research, the ultimate arbiter of the state of the U.S. economy, said the domestic economy officially entered recession in February, ending its longest period of expansion on record.

Despite civil unrest and rising Sino-American trade tensions, markets have been kept afloat and even made significant gains on the back of trillions of dollars in support from the U.S. government and the Fed, whose balance sheet has ballooned to $7.21 trillion from around $4 trillion in March.

Investors also have been heartened by efforts to reopen the U.S. economy in the aftermath of pandemic-related closures. Reopening plans are in various stages in all 50 U.S. states. New York City, one of the regions hardest hit by coronavirus, launched the first phase of its reopening on Monday, including the restart of construction and limited retail operations.

“From the market’s perspective, the economic impact of COVID is basically over. We still may see spikes in cases, but it will be difficult politically to shut down economies again,” said Bill Callahan, an investment strategist at Schroders, in an interview.

He also pointed out “the rally broadening out beyond the FAANG stocks,” as a positive signal for equities.

Shares of oil and airline companies, industries that were both ravaged by lockdown measures instituted to stem the pandemic, outperformed the broader market on Monday. The U.S. Global Jets US:JETS, a fund that tracks commercial airline stocks, gained 9.2%.

Still, Arizona, Arkansas, California, Florida, North Carolina, Texas, Utah and other states are reporting an increase in the number of COVID-19 infections after having lifted some restrictions, the Wall Street Journal reported, even as the overall case tally is sliding in the U.S., per data compiled by Johns Hopkins University.

As of early Monday, there were more than 7 million confirmed cases of the deadly infection globally, with 1.9 million cases in the U.S., according to the data.

Oil prices fell US:CLN20 Monday as investors worried about the prospect of increased production from some countries, even after OPEC+ agreed on Saturday to extend a pact to ease global output. West Texas Intermediate Crude dropped $1.36, or 3.4%, ending at $38.19 a barrel on the New York Mercantile Exchange.

The greenback edged 0.3% against its major rivals, as gauged by the ICE U.S. Dollar index US:DXY.