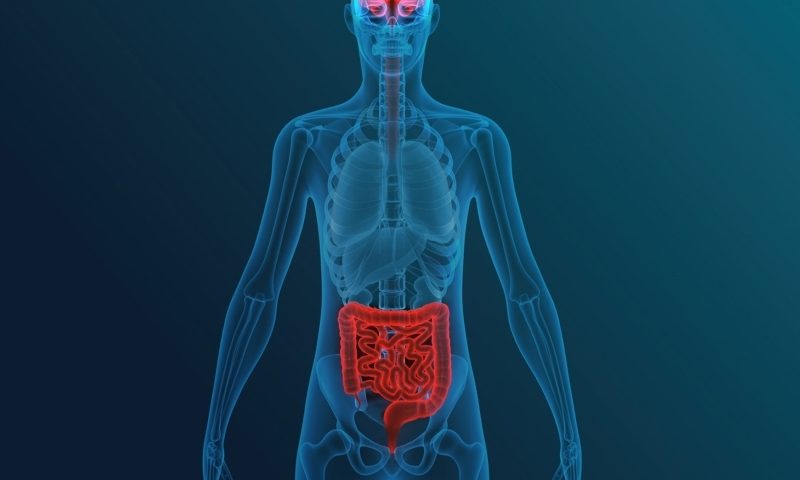 Multiple sclerosis is an autoimmune disease of the central nervous system, so it’s only natural to think that inflammatory molecules found in the brain are responsible for the disorder. But a new study showed they may not be the primary culprit.

Two types of interleukin-17 (IL-17) molecules specifically generated in the gut regulate its microbiome and seem to be critical drivers of MS, a research team led by the Johannes Gutenberg-University Mainz in Germany has reported.

The findings, published in Science Immunology, could inform the development of therapies that target IL-17 signaling for chronic inflammatory diseases such as MS, the researchers said.

CD4+ T helper cells that produce IL-17A and IL-17F (TH17 cells) are implicated in the development of MS. But scientists have long debated whether it’s really the T cells—specifically their inflammatory functions in the CNS—or the two cytokines that are driving the disease.

A widely used mouse model of MS uses components of the myelin sheath around nerve cells to trigger CNS inflammation similar to that seen in the brain and spinal cord of patients with MS. For the study, the researchers immunized mice lacking the expression of IL-17A and IL-17F with the myelin pieces and found that many animals didn’t actually develop MS symptoms. And those that did become ill showed relatively mild disease, from which they recovered quickly.

Interestingly, the researchers discovered that the loss of IL-17 didn’t change disease-causing T-cell populations in lymphoid tissues. The team transferred TH17 cells from the edited mice to mice with normal IL-17 expression and found that the target animals were fully capable of developing disease. This suggested that IL-17 produced by the T helper cells wasn’t required to induce MS in mice, but that it was another mechanism that blocked MS development in IL-17-deficient mice.

At that point, the IL-17-deficient mice were still separated from control mice. However, when the animals were housed together, the edited mice showed significantly enhanced disease. IL-17A and IL-17F are linked to intestinal health, so the team hypothesized that IL-17 loss may have disturbed the composition of the gut microbiome community and as a result made mice resistant to MS development.

Indeed, after analyzing the mice’s feces, the researchers found several significant microbiota changes between IL-17-deficient and control mice. And transferring the gut microbiota from wild-type mice to edited animals led to significant increase in MS susceptibility in those lacking IL-17.

To further validate their hypothesis, the scientists reintroduced IL-17A to the guts of IL-17-negative mice and found that reinstituting IL-17 expression in gut surface cells restored susceptibility to MS in mice.

Several scientific teams have traced diseases of the CNS to the gut along the so-called gut-brain axis. A group from the University of Toronto and the University of California, San Francisco, for example, discovered that gut plasma cells—which can be activated by gut microbes—can produce IgA antibodies that travel to the CNS to dampen brain inflammation in MS.

Researchers at Brigham and Women’s Hospital discovered that a microRNA called miR-30d in fecal samples from mice and patients with MS could protect animals from the disease by inducing the growth of an anti-inflammatory bacterium called Akkermansia muciniphila.

Findings from the new study by the German team support an essential role for IL-17 in maintaining gut microbial balance, which, when disrupted, may lead to CNS autoimmune disorders, the researchers said. That could have implications for future drug development. In fact, Novartis’ IL-17A inhibitor Cosentyx, Eli Lilly’s IL-17 blocker Taltz and Bausch Health’s IL-17 receptor A antagonist Siliq have been approved by the FDA in other inflammatory diseases such as plaque psoriasis and psoriatic arthritis.

“From a translational point of view, our data on the integral relationship between IL-17 and intestinal health already have important implications in long-term therapies targeting IL-17 signaling in the context of chronic inflammatory diseases,” they wrote in the study.