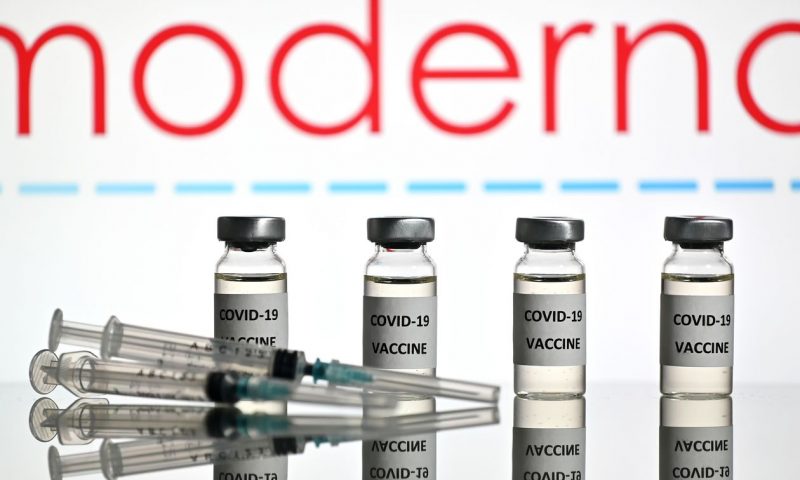 Shares of Moderna Inc. dropped Tuesday, to pull back from the previous session’s record close, after BMO Capital analyst George Farmer recommended “taking some profits” as the best-case scenario on the company’s COVID-19 vaccine candidate is already mostly priced in.

The stock MRNA, -4.90% fell 5.2% in active afternoon trading, which would snap a four-day win streak, and mark just the second loss in 11 sessions. Trading volume of 22.3 million shares was more than double the full-day average of about 10.0 million shares.

On Monday, the stock soared 9.6% on volume of 70.9 million shares to close at a record $97.95, after the company said data from a late-stage trial demonstrated that mRNA-1273 was nearly 95% effective. Moderna also said the vaccine candidate remained stable at standard refrigerated temperatures longer than previously expected.

Moderna’s announcement came a week after Pfizer Inc. PFE, +1.84% and BioNTech SE BNTX, -5.01% said their vaccine candidate was more than 90% effective, but needed to be stored at ultra-low temperatures.

BMO’s Farmer cut his rating on Moderna’s stock to market perform from outperform, but increased his price target to $109 from $94. His new target was 11% above Monday’s record closing price.

Farmer said he downgraded the stock, because he only sees “limited upside” from current trading levels following announcement of the positive trial data.

“We believe a near-term best-case scenario is is mostly reflected in shares, including an mRNA-1273 [Emergency Use Authorization] before year-end and full approval mid-2021,” Farmer wrote in a note to clients.

Despite his concerns over valuations at current prices, Farmer said he remains upbeat on Moderna’s potential over the longer-term.

“Although we recommend taking some profits, we think, nevertheless, that the new proven potential of [Moderna’s] RNA/LNP platform establishes the company as a new vaccine development powerhouse,” Farmer wrote.