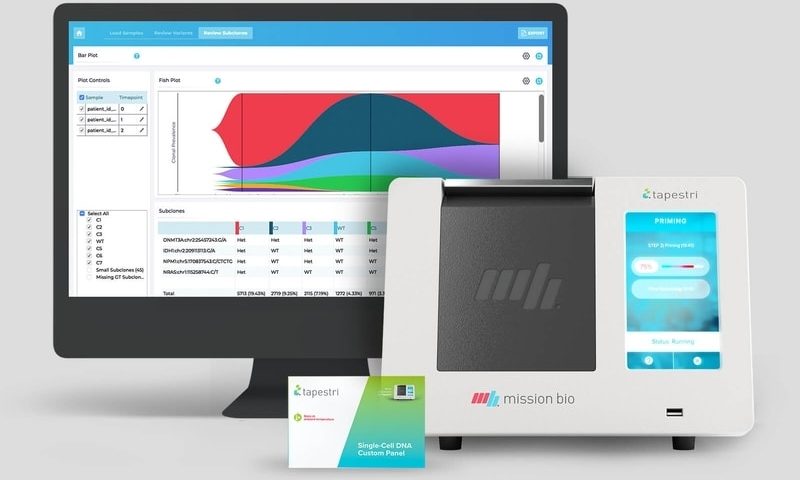 Mission Bio has raised $70 million to scale up a single-cell multi-omics technology with applications in the development of oncology drugs. The platform, which is in use at companies including Agios, enables researchers to simultaneously detect DNA and protein changes in single cells.

Since spinning out of University of California, San Francisco in 2012, Mission Bio has established itself at the forefront of the single-cell analysis field. The sector has attracted considerable interest from institutional and strategic investors. 10x Genomics raised a $390 million IPO last year, adding to the sums it raised privately from investors including Venrock and Foresite Capital.

Now, Mission Bio has raised its largest round yet to support development of a single-cell platform, Tapestri, that is differentiated through its ability to simultaneously detect DNA and protein changes in single cells. The $70 million series C, which brings Mission Bio’s total fundraising to date to above $120 million, sets the company up to continue scaling the platform to support R&D.

Tapestri has applications in cancer research, where its ability to detect DNA and protein changes in single cells could shed light on the drivers of tumor growth and resistance to medications. Mission Bio is also pitching the platform for use in the characterization of cell and gene therapies. Robert Ghenchev, head of Novo Growth, is among the people to buy into the potential of Tapestri.

“We are confident the technology will be used increasingly to unlock key insights into blood cancers, as well as solid tumor indications. We further see a clear opportunity in drug development, where the technology can bring great impact to patients’ lives,” Ghenchev said in a statement.

Ghenchev backed up his words with money. Novo Growth, part of Novo Holdings, led the series C with the support of another new investor, Soleus Capital, and existing backers Mayfield, Cota and Agilent.