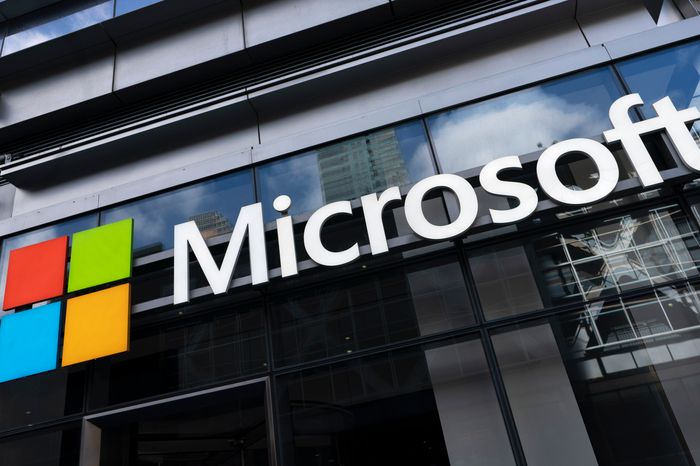 Microsoft Corp. finished yet another record-breaking year with more than $60 billion in profit and $165 billion in sales, showing why it has become only the second $2 trillion company in U.S. stock market history.

Microsoft MSFT, -0.87% on Tuesday reported fiscal fourth-quarter earnings of $16.46 billion, or $2.17 a share, up from $1.46 a share a year ago. The maker of Windows and other software products divulged revenue of $46.15 billion, a quarterly record and up from $38.03 billion in the year-ago quarter.

“Our results show that when we execute well and meet customers’ needs in differentiated ways in large and growing markets, we generate growth, as we’ve seen in our commercial cloud – and in new franchises we’ve built, including gaming, security, and LinkedIn, all of which surpassed $10 billion in annual revenue over the past three years,” Chief Executive Satya Nadella said in a statement.

Analysts on average had expected earnings of $1.92 a share on sales of $44.22 billion, according to FactSet. Microsoft shares fell 3% in after-hours trading following the release of the results, after falling 0.9% to $286.54 in regular trading on a tough day for tech stocks.

For the full year, Microsoft totaled $61.27 billion in profit on sales of $168.09 billion, both easily exceeding the records established in its previous fiscal year. The gains exceeded expectations at the beginning of the year, as Microsoft’s cloud-computing and -software offerings found needy customers in employers scrambling to move to a work-from-home setup due to the COVID-19 pandemic and expected to continue to shift to online options.

“It is abundantly clear that Microsoft is well-positioned to continue to benefit from a number of secular trends powering IT spending today, including the greater focus on digital transformation and the accelerating shift to the cloud,” Evercore ISI software analysts wrote earlier this month in a preview of the sector.

All of Microsoft’s segments produced better growth than analysts expected in the final three months of the company’s fiscal year, which included the launch of a new Xbox and a new version of Windows. “Productivity and business processes,” which comprises most of Microsoft’s cloud-software offerings, grew to $14.69 billion in sales from $11.75 billion a year ago, topping analysts’ average expectations of $13.93 billion. “More Personal Computing,” the traditional PC business, grew to $14.09 billion from $12.91 billion, beating the average analyst forecast of $13.78 billion.

The biggest segment for Microsoft was “Intelligent Cloud,” which wraps in its Azure cloud-computing offering with sales of servers and other equipment needed for a hybrid-cloud setup. Microsoft reported record quarterly sales of $17.38 billion in that segment, up from $13.37 billion a year ago and beating the average analyst estimate of $16.39 billion. The company said that Azure sales grew by 51%, easily topping the average analyst estimate of 44.7%; unlike cloud rivals Amazon.com Inc. AMZN, -1.98% and Alphabet Inc. GOOGL, -1.59% GOOG, -2.04%, Microsoft does not break out raw numbers for its cloud-computing offering.

Analysts expect growth to continue in Microsoft’s new fiscal year, predicting ahead of the report that profit will grow to more than $63 billion and sales will increase to $186.74 billion in the 2022

Duolingo prices IPO at $102 a share, above expected range