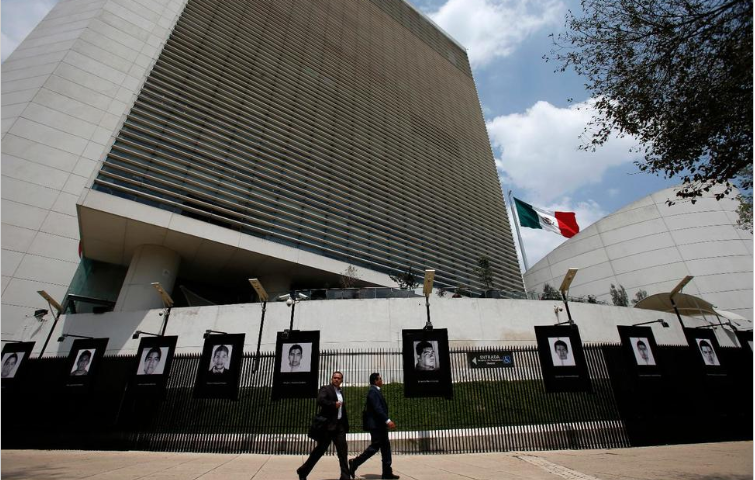 Mexico’s Senate has voted to ratify a new free trade agreement with the United States and Canada, making it the first of the three countries to gain legislative approval.

MEXICO CITY — Mexico’s Senate voted overwhelmingly Wednesday to ratify a new free trade agreement with the United States and Canada, making it the first of the three countries to gain legislative approval.

Mexico’s upper chamber voted 114 to four with three abstentions in favor of the U.S.-Mexico-Canada Agreement, or USMCA. It will replace the North American Free Trade Agreement, or NAFTA, which U.S. President Donald Trump had threatened to withdraw the United States from if Washington did not get a better deal.

The treaty does not need to be approved by Mexico’s lower house. It is still awaiting consideration by lawmakers in the United States and Canada, however.

“Congratulations to President Lopez Obrador — Mexico voted to ratify the USMCA today by a huge margin. Time for Congress to do the same here!” Trump tweeted.

Ratification of the deal still faces some opposition in the Democrat-controlled U.S. House of Representatives.

The United States is by far Mexico’s biggest export market and its easy passage through the legislature had been expected. The approval came after Trump threatened to impose tariffs on all Mexican goods if López Obrador didn’t reduce the flow of U.S.-bound illegal immigration from Central America, a threat that was later suspended.

The USMCA was hammered out last year by delegations representing then-President Enrique Peña Nieto, of the Institutional Revolutionary Party, and then-President-elect López Obrador, of the left-leaning Morena, ensuring that both the outgoing and the incoming administrations were on board. López Obrador took office Dec. 1, a day after the agreement was signed.

Mexican lawmakers had already executed a series of labor reforms that the U.S. had demanded.

Mexico’s economy ministry said that with Senate approval “Mexico sends a clear message in favor of an open economy and of deepening its economic integration in the region.”

Mexico’s peso strengthened moderately against the dollar to 19.03 Wednesday, though the main factor was the U.S. Federal Reserve signaling that it was prepared to cut interest rates if needed to protect the U.S. economy, according to Gabriela Siller, economic analysis director at Banco BASE.

The United States buys about 80% of Mexican exports, some $358 billion worth last year. In the first quarter of 2019 the two countries did $203 billion in two-way trade, making Mexico the United States’ No. 1 commercial partner for the first time, ahead of Canada and China, according to the Mexican Economy Department.

Sen. Ricardo Monreal, leader of the governing party in the Senate, said the vote was “an important step to diminish the existing uncertainty for North American trade.”