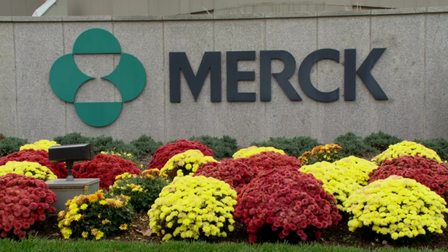 The Cambridge, Massachusetts-based biotech launched in March 2018 aiming to develop drugs for cancer as well as other serious diseases based on insights into the chromatin regulatory system.

Out of this has come the “gene traffic control” platform, which Merck will now tap to discover and develop new meds against a transcription factor target “believed to be relevant to a broad range of cancer patients.”

A breakdown in chromatin regulation is a “major, unexplored cause” of many diseases, including more than 20% of cancers, the company said. It was first launched by life science VC shop Flagship Pioneering.

Under this new deal, Merck grabs exclusive global rights to develop and sell drugs that target dysregulation of a single transcription factor. Foghorn gets an undisclosed upfront payment and research milestones, with $425 million and royalties on sales also wedded into the deal.

While still in the early stages, new research is shining a light on how this system might work.

In a study published in the journal Science Advances earlier this year, a Northwestern University team pinpointed the role of chromatin: the DNA, RNA and proteins that make up the chromosome. They reported that the way chromatin is packed in the nucleus can cause diverse DNA transcriptional features among cells and control how they respond to stress.

“Genes are like hardware, and chromatin is software,” Vadim Backman, Ph.D., co-senior author of the study, explained in a statement following the paper back in January. “And chromatin packing is the operating system.”

“If the structure of chromatin changes, it can alter the processing of the information stored in the genome, but it does not alter the genes themselves,” Backman said. “Understanding chromatin folding holds the key to understanding how cells differentiate and how cancer happens.”

For cancer cells, treatments represent stressors. The scientists suspected that chromatin, when it’s chaotically packed, can regulate expression of genes in ways that enable cancer cells to become resistant to treatment. But when the packing is neat and orderly, a cancer cell crumbles in response to outside stressors.

This gives Merck an early-stage and relatively cheap bet on some next-gen cancer pipeline work as it looks to replicate the kind of success it has seen with checkpoint inhibitor Keytruda.

“There is broad evidence for the role of dysregulated transcription factors in multiple cancer types, but these have been difficult targets to drug,” added Nick Haining, vice president, discovery oncology and immunology, Merck Research Laboratories. “We look forward to working with Foghorn and applying their platform to identify novel candidates to drug transcription factors in cancer.”