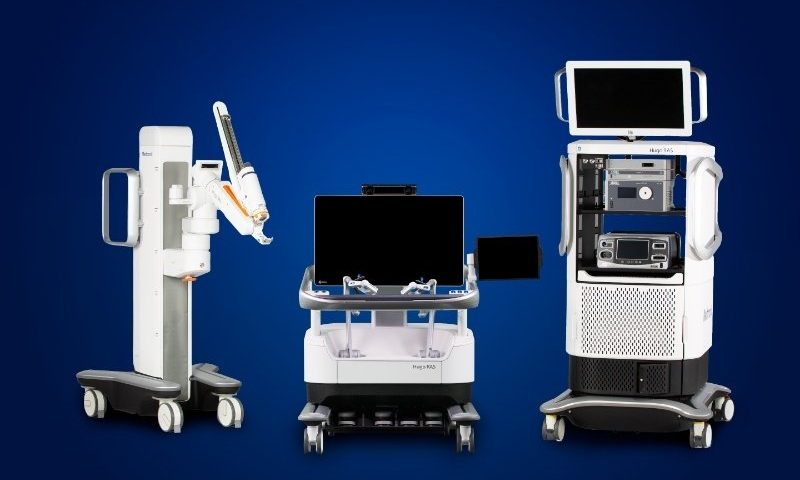 Medtronic’s early international rollout of its Hugo surgical robot is going slower than expected, thanks to crimps in the global supply chain and initial manufacturing issues, according to the medtech giant’s chairman and CEO, Geoff Martha.

On a quarterly earnings call with investors, Martha described the launch as currently holding in a “limited-release phase” after Hugo secured a CE mark granting European approval in October and added Medtronic is shooting for a much stronger ramp-up starting mid-2022.

“It’s definitely not a demand issue,” he said, regarding the delays, which according to the company may end up dragging down Hugo’s total sales for the fiscal year to below Medtronic’s previous $50 million to $100 million target. “Our demand remains high, higher than we can fill at this point.”

Martha said that while the company’s pace is slower than originally planned, Medtronic still expects to see Hugo post sales in the double-digit millions. “We are off-schedule, but we’re not off-track,” he added, pointing to surgeons presently using the system to perform urologic and gynecologic surgeries, and said Hugo’s first general surgery case is anticipated “any day now.”

At the same time, Medtronic plans to continue with regulatory filings around the world and aims to begin submitting Hugo for FDA review “very soon.”

Meanwhile, the ever-lingering effects of the COVID-19 pandemic—combined with staff shortages among healthcare systems that have hit device procedure volumes—impacted Medtronic’s second-quarter revenues more than the company had predicted, Martha said.

Because of that, the company lowered its financial predictions for the remaining half of its 2022 fiscal year to organic growth of between 7% and 8% compared to prior estimates of about 9%.

In August, September and October, Medtronic’s total quarterly revenue of $7.85 billion represented a 3% increase over the same three months in 2020 and a similar amount of growth compared to the same period in 2019 before the pandemic.

The company’s larger medical surgical portfolio posted $2.3 billion in revenue for a 1% gain driven largely by sales of instruments such as surgical staplers and other wound management devices, which were up 7%, compared to its respiratory, gastrointestinal and renal divisions, which declined about 10%.

Meanwhile Medtronic’s neuroscience and diabetes arms saw gains of 4% and 2%, respectively, with the former supported by growth in products aimed at stroke, neuromodulation and deep brain stimulation.

Sales of durable insulin pumps grew in the low-twenties, the company said, following the launches of the MiniMed 770G in the U.S. and the 780G system abroad. However, sales of diabetes-related consumables declined in the high-single digits.