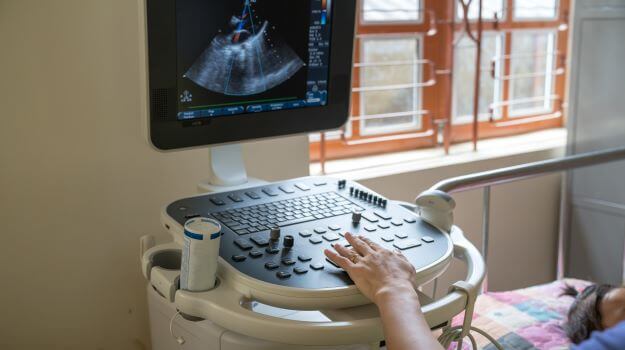 Palbociclib is the standard of care for patients with advanced breast cancer, yet researchers still have no molecular profile to predict which patients will progress, which will continue benefitting from this therapy after their initial treatment, and which combination therapies are most effective. MEDSIR, a global company dedicated to independent oncology research, teased out this information in two studies presented recently at the San Antonio Breast Cancer Symposium.

It found that combinations of palbociclib paired with either fulvestrant or letrozole were equally effective as an initial therapy for patients with endocrine-sensitive, Estrogen Receptor positive (ER+)/Human Epidermal Growth Factor Receptor 2 (HER2-) advanced breast cancer.

There was no statistical superiority for either combination in terms of progress-free survival or overall survival. Although the fulvestrant–palbociclib combination demonstrated significant antitumor activity, this study failed to identify an improvement in progression-free survival of this treatment over letrozole–palbociclib in patients with endocrine-sensitive, ER+/HER2- advanced breast cancer or in any of the pre-specified subgroups.

Median progression-free survival was 27.9 months with fulvestrant palbociclib and 32.8 months with letrozole palbociclib. Both regimens were extremely well-tolerated.

The poster noted that neutropenia was the most common adverse event. The most concerning, however, was pulmonary embolism, which occurred in 5% of patients treated with fulvestrant palbociclib and 2.5% of those treated with letrozole palbociclib.

“We believe the results of PARSIFAL trial support non-steroidal aromatase inhibitor (NSAI) use as the preferred endocrine partner for CDK4/6 inhibitors as initial therapy for this patient population,” Dr. José Manuel Pérez-García, head of the Clinical Trial Unit IOB Institute of Oncology (Barcelona, Spain) and co-leader of this study, said in a statement.

The BIOPER study involved 32 patients evaluated in 21 hospitals in Spain and Italy.

That study showed a clinical benefit rate of 34.4%. The overall response rate was 6.3%, with 17-month duration of response (among responders). None of the 32 patients achieved a complete response, but 28% achieved a stable disease state that lasted 24 weeks or more. Median progression-free survival was 2.6 months, while overall survival was 23.9 months.

BIOPER results suggest that continued treatment with palbociclib in combination with endocrine therapy (the physician’s choice of tamoxifen, exemestane, fulvestrant, anastrozole, or letrozole) was beneficial for patients with hormone receptor-positive (HR+) /HER2- metastatic breast cancer.

In reaching that conclusion, researchers analyzed protein markers to assess the expression of Retinoblastoma (Rb), phospho-Rb (pRb), and targets of the Rb family including Cyclin D1, Cyclin E1, and Cyclin-dependent Kinases 4 and 6 (CDK4, CDK6) in 30 available tissue biopsies that were collected at baseline.

Of the 21 patients who were evaluated for biomarkers, 19% showed loss of Rb protein expression, which is considered a driver of resistance to CDK4/6 inhibitors.

Protein marker analysis also showed that patients whose tumors overexpressed Cyclin D1 and Cyclin E1 had a higher pRb/Rb ratio. Consequently, those tumors are resistant to further treatment with palbociclib, even when combined with endocrine therapy.

The safety profile of palbociclib in combination with endocrine therapy was in line with that reported in previous studies. The incidence of grade 3 or 4 adverse events was 48.5%, the most common of which were neutropenia and leukopenia. Fatigue also was reported by 30% of the patients. There were no discontinuations due to adverse events, and there were no treatment-related deaths.

Research is ongoing to elucidate the genetic mechanisms of resistance to palbociclib administered in combination with endocrine therapy and to identify the subgroups most able to benefit from continued palbociclib therapy. This eventually will enable ever-more personalized treatment for breast cancer patients, based upon a more detailed understanding of the drivers of disease and their response to specific medications.