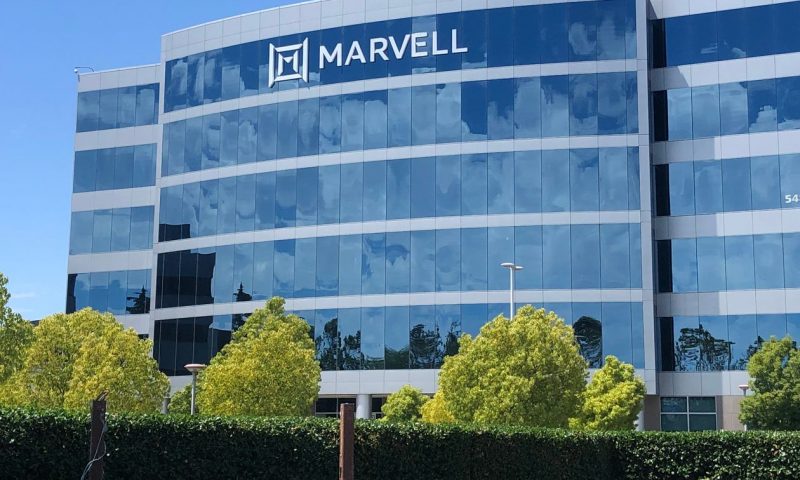 The company reported fourth-quarter net income of $16.5 million, or 2 cents a share, compared with a gain of $1.77 billion, or 24 cents a share, in the year-ago period as Marvell included proceeds from its Wi-Fi connectivity business.

Adjusted earnings, which exclude stock-based compensation expenses and other items, were 29 cents a share, compared with 17 cents a share in the year-ago quarter.

Revenue rose to $797.8 million from $717.7 million in the year-ago quarter. Analysts surveyed by FactSet had forecast earnings of 29 cents a share on revenue of $786.1 million.

This past quarter has been particularly strong for chip makers, who face high demand and short supply, with the majority of companies in the sector reporting earnings and forecasting an outlook that had exceeded Wall Street expectations.