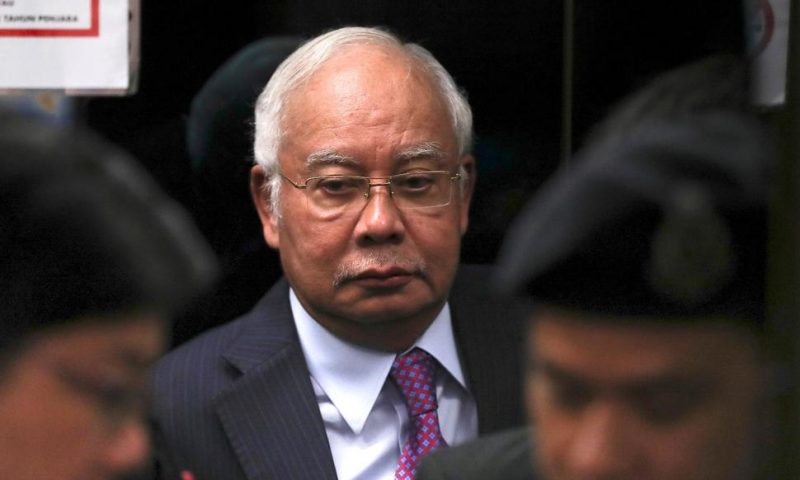 Malaysia has ordered 80 people and groups to pay fines totaling about $100 million for allegedly receiving funds from the 1MDB state investment fund.

Former Prime Minister Najib Razak’s brother Nazir Razak, who heads the country’s second-largest bank, was among those listed. So was a former deputy minister, Ahmad Maslan, and the former chief of the federal land development authority, Shahrir Samad.

Branches of Najib’s party and others in the former ruling coalition were also listed, as were 23 companies.

Najib is facing 42 charges of corruption, abuse of power and money laundering in five separate criminal cases linked to the multibillion-dollar looting of 1MDB.

Public anger over the alleged graft contributed to a surprise defeat of Najib’s long-ruling coalition in a May 2018 election.

The money belongs to the Malaysian public, she said.

She said the fines could be as much as 2.5 times the amount each person or group allegedly received from 1MBD.

“We have opened up investigations for all of these people,” Koya said. She added that “we hope that by the time they receive this compound notice they will take it seriously and pay up.”

Najib set up 1MDB to promote economic development when he took power in 2009, but the fund amassed billions in debts and is being investigated in the U.S. and several other countries for alleged cross-border embezzlement and money laundering.

U.S. investigators say more than $4.5 billion was stolen from 1MDB by associates of Najib between 2009 and 2014, including the money that landed in Najib’s bank accounts. They say the ill-gotten gains were laundered through layers of bank accounts in the U.S. and other countries to finance Hollywood films and buy hotels, a luxury yacht, art works, jewelry and other extravagances.

Mahathir’s government reopened investigations stifled under Najib and barred him and his wife from leaving the country. Police also seized jewelry and hundreds of handbags and other valuables estimated at more than 1.1 billion ringgit ($264 million) from properties linked to Najib.

Tens of Thousands of Goats Munch Greek Island Into Crisis