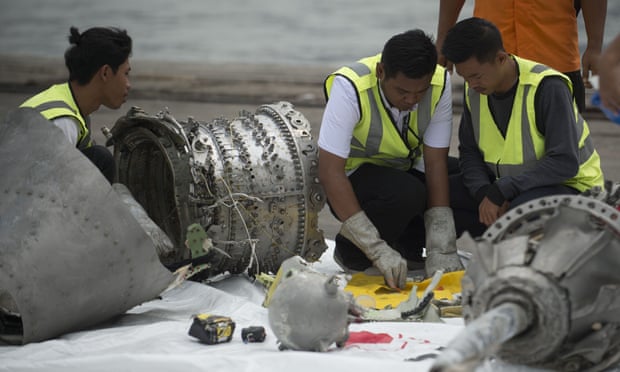 The family of a victim of the Lion Air crash has started legal action against Boeing, after pilots and airlines said the manufacturer had not made them aware of new features in its 737 Max-8 aircraft that could be linked to the disaster.

A Florida-based law firm has filed a suit against Boeing on behalf of the parents of Rio Nanda Pratama, a doctor who had been due to marry in Indonesia this week. His father, H. Irianto, said he was “seeking justice for my son and all of the people who lost their lives in the crash,” which killed all 189 people on board the domestic flight from Jakarta last month.

Investigators have said that the doomed 737 was not correctly displaying altitude and speed readings. Indonesia’s National Transportation Safety Committee said a sensor had been changed by mechanics in Bali the day before the crash, following similar problems on previous flights.

The suit has been prompted in part by the reaction to Boeing advice issued nine days after the crash to airlines using its latest 737 model, with instructions on how pilots should react to “erroneous input from an angle of attack (AOA) sensor”.

The sensor, which indicates if the plane may be at risk of stalling, could lead pilots – or the autopilot, if not overridden – to dangerously overcompensate if the information is wrong, according to safety experts.

US pilots’ unions and Lion Air executives have now said the Boeing guidance was omitted from training manuals, and they had not been warned before of a significant change to the flight control system in this model, which could have led to onboard computers forcing the nose of a 737 Max plane down.

An American Airlines spokesman told Reuters they “were unaware of some of the functionality of the Maneuvering Characteristics Augmentation System (MCAS) installed on the MAX 8.”

A spokeswoman for Boeing said the manufacturer was “confident in the safety of the 737 Max” but could not discuss the specifics of an ongoing investigation.

Tribunal to Decide Genocide, Other Verdicts Over Khmer Rouge