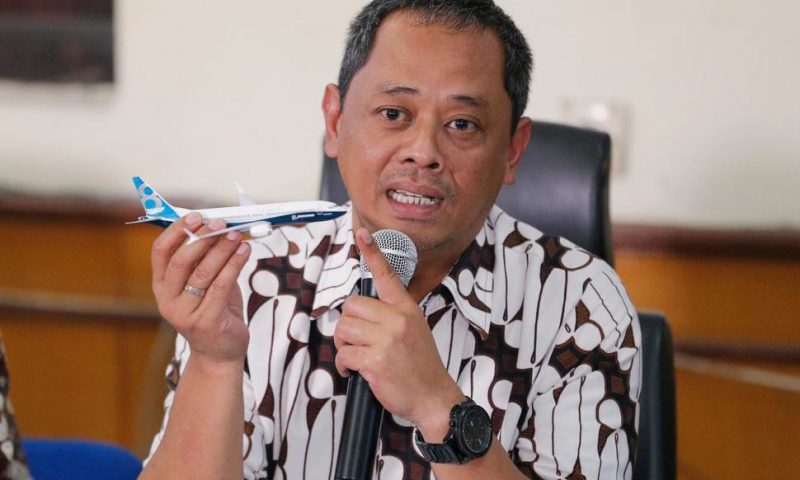 JAKARTA, Indonesia — Indonesian investigators found plenty of blame to go around for a Boeing 737 Max crash that killed 189 people a year ago.

They faulted design decisions by Boeing that made the plane vulnerable to failure of a single sensor. They criticized U.S. safety regulators who certified the plane. And they pointed fingers at one of their country’s own airlines, Lion Air, for inadequate pilot training and maintenance lapses.

Investigators said in a report issued Friday that a combination of nine main factors doomed the brand-new Boeing jet that plunged into the Java Sea shortly after takeoff on Oct. 29, 2018.

“If one of the nine hadn’t occurred, maybe the accident wouldn’t have happened,” chief investigator Nurcahyo Utomo said at a news conference.

Many of the problems had been previously disclosed in a preliminary report that Indonesian authorities issued last year and in recent findings by U.S. and global safety experts who were privy to the investigation.

Still, release of the final report is likely to put more pressure on Boeing, which is under investigation by the Justice Department and Congress. Boeing Co. is still working to fix its best-selling plane seven months after all Max jets were grounded following a second crash on March 10 in Ethiopia, which killed 157 people. The final report on that accident is several months away, but preliminary findings highlighted remarkable similarities to the disaster in Indonesia.

Some key takeaways from the Indonesian report:

— Boeing’s design of a critical flight-control system was a key factor in the crash, repeatedly pushing the plane’s nose down. The system, called MCAS, relied on a single sensor to measure direction of air flow, making it vulnerable if the sensor misfired — which it did. Boeing also made incorrect assumptions about how quickly pilots could respond to a malfunction and didn’t inform pilots of the existence of MCAS until after the Lion Air crash, making it harder for Lion Air’s pilots to save the plane and its passengers.

— Lion Air pilots who experienced problems on a previous flight failed to properly note it in the plane’s log, so maintenance crews couldn’t make necessary repairs. Pilots on the fatal flight failed to perform the correct emergency procedure for a nose-down pitch of the plane. The co-pilot failed to understand the situation and was preoccupied running the wrong emergency checklist.

— Oversight by safety regulators who certified the plane could have been much better. A malfunction of MCAS was considered a “major” safety issue but not “hazardous” or “catastrophic” — classifications that would have prompted a deeper review. Boeing assumptions about how quickly pilots would respond to a problem proved too optimistic, but they met Federal Aviation Administration guidance.

Budget carrier Lion Air’s flight 610 vanished from radar after air traffic control was told the plane had altitude and air speed troubles. It plunged into the sea just 13 minutes after takeoff.

The plane had only been flying for two months but began having problems a few days before the crash. A new “angle-of-attack” sensor, which measures the plane’s direction relative to oncoming air, was installed while the aircraft was on the Indonesian island of Bali a day before the crash. The sensor wasn’t properly calibrated during an earlier repair, leaving it out of alignment, and might not have been tested correctly.

The FAA on Friday revoked the license of the company that repaired the sensor, Xtra Aerospace of Miramar, Florida. The FAA said the company handled parts that it was not authorized to repair and had record-keeping problems. The company said the revocation was separate from the Lion Air investigation.

On a flight the day before the crash, pilots were bombarded by warnings about airspeed, altitude and an impending stall. The captain and co-pilot regained control of the plane by manually overriding the automated system with help from a third Lion Air pilot who was hitching a ride in the cockpit jump seat.

After the plane landed safely in Jakarta, the pilots did not fully report the problems they had experienced, which prevented maintenance crews from investigating, according to the report.

“That airplane never should have been in the air,” said John Goglia, a former member of the U.S. National Transportation Safety Board. He said the report showed flaws in Lion Air’s maintenance operation and a series of mistakes by pilots of the fatal flight. Soejatman, however, put most of the blame for the crash on Boeing.

With the report, relatives of those who were on Flight 610 grieved all over again.

Muhammad Asdori, whose brother and nephew were killed, accused Boeing of negligence in failing to anticipate how pilots would react in an emergency.

“We are very angry,” he said. “We were even more angry when we learned that they had only admitted their mistake when the second Max 8 plane crashed in Ethiopia.”

Boeing said it was taking Indonesia’s findings into account as it makes changes to the Max. It is redesigning MCAS to take readings from both angle-of-attack sensors on the plane, not just one. MCAS will only push the plane’s nose down once based on an erroneous sensor reading, and it will push down with less force. The company is also updating crew manuals and pilot training.

Boeing aims to return the Max to service before year-end. The Chicago company took out advertisements in major U.S. newspapers Friday again offering its apologies and detailing steps it is taking to compensate victims’ families, update the Max, and improve its safety culture.

“As we continue to make steady progress in safely returning the 737 MAX to service, we will never forget these losses, and our commitment to safety, quality and integrity is unwavering,” Boeing said in the ad.

The FAA said it would consider the investigators’ recommendations as it reviews Boeing’s proposed changes to the Max. The FAA promised that it will let the plane fly again only when it is certain it’s safe.

Air travel in Indonesia, the world’s fourth most populous country with nearly 270 million people, has surged and budget carriers such as Lion Air have sprung up to accommodate demand. But the industry has struggled to keep pace and faces a shortage of pilots, antiquated infrastructure and poor regulatory oversight. The country has been plagued by a string of deadly accidents in recent years.