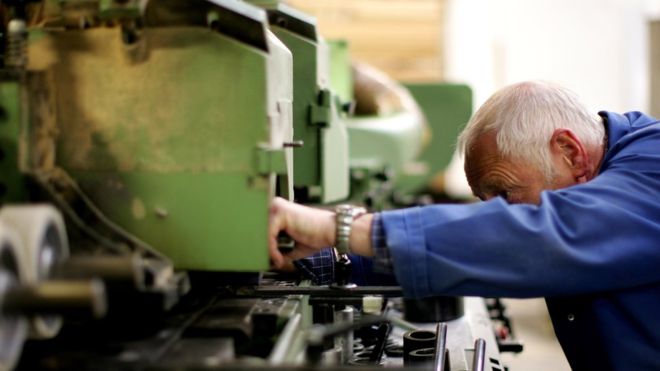 UK firms are being squeezed by labour shortages, rising prices and a slowdown in sales.

More companies than ever before are finding it hard to recruit staff according to the British Chambers of Commerce (BCC).

It warned that higher costs meant more manufacturers were expecting to raise prices.

The proportion of services firms saying sales were improving had dropped to a two year low.

Four fifths of employers in manufacturing, and almost as many in the service sector, reported difficulties in finding the right workers.

Dr Adam Marshall, Director General of the BCC, said these findings suggested the government should listen more closely to business when it came to drawing up its migration policies.

“Business concerns about the government’s recent blueprint for future immigration rules must be taken seriously – and companies must be able to access skills at all levels without heavy costs or bureaucracy,” he said.

The BCC said that the lack of clarity over the process of leaving the European Union had lead to stagnating growth and business confidence in the UK.

He added that subdued household spending levels and tightening cash flow was making it hard for businesses, particularly in the services industries to grow.

However he said that upward pressure on prices from higher wage settlements remained relatively muted.

The BCC’s survey covers 6,000 firms, employing over one million people across the UK.