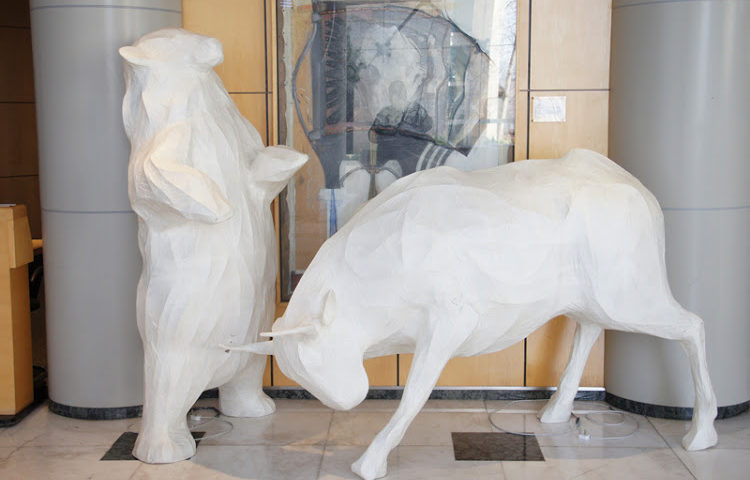 The JSE took its cue from a global equity sell-off on Wednesday with broad-based losses, as investor concern about the pause in the US-China trade war continues to elicit caution.

Investors are questioning a lack of clear detail about the supposed 90-day compromise agreement, while local factors are also serving to dull interest in risk assets.

The rand was firmer against major global currencies as the JSE closed, finding support from a slightly weaker dollar environment. The currency has, however, given up gains from news on Tuesday that SA had exited its technical recession in the third quarter, when the economy grew 1.1% compared to the same period in 2017.

Eskom’s ongoing load-shedding and Parliament’s endorsement of a call to remove the constitutional requirement for equitable compensation when property is expropriated remain ongoing risk factors.

Reports have suggested Eskom is seeking a R100bn bailout from the government, something that may be viewed negatively by ratings agencies and tax payers. Such a bailout would raise SA’s debt to GDP ratio 2% and render the guidance given by the medium-term budget policy statement outdated, said Mercato Financial Services analyst Nico du Plessis.

“What is even more disturbing is that the R100bn requested may in fact be too conservative to render Eskom properly sustainable.”

Local data took a back seat, but earlier the Standard Bank whole-economy purchasing managers’ index ticked up to 48.2 index points in November, from 46.9 in October.

Activity in global markets was subdued on Wednesday, with US markets closed for the state funeral of former president George HW Bush.

The oil price remains in focus ahead of the meeting of oil-cartel Opec on Thursday, with vigorous debate on production cuts expected.

Greenbay plunged 55.56% to 40c, trading ex-entitlement. The company is pressing ahead with a R4.57bn return of capital. From next week the company will be known as Lighthouse Capital.