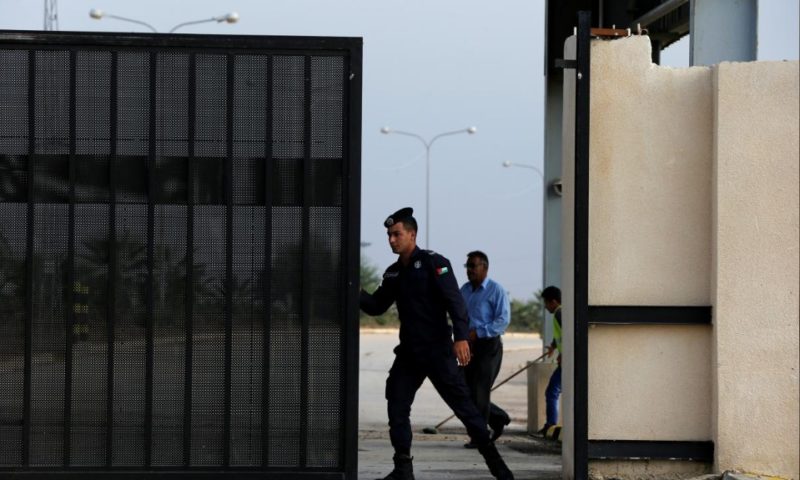 The border crossing between Jordan and Syria officially opened to civilians and trade on Monday after being closed for three years.

The Nassib crossing opened an 8 a.m. (0500 GMT), a border official at the Jaber checkpoint on the Jordanian side told in an interview. By 11:15 a.m., the reporter had seen no traffic at the border other than one Syrian businessman and a group of Jordanian traders who crossed to the Syrian side.

Jordanian state news agency Petra reported early on Monday that Jordan and Syria had agreed to open the border to all in a change from an earlier statement that normal traffic would not be allowed until a later date.

“We are fully ready to receive passengers and transport of goods,” Imad Riyalat, head of the Jaber crossing, said. “We expect the traffic to be slow now at the start, but in coming days we expect passenger movement to pick up.”

The Syrian government retook the area around the Nassib border crossing with Jordan in July during a Russian-backed offensive to drive rebels from their stronghold in southwest Syria. The civil war in Syria began more than seven years ago.

The closure of the Nassib crossing in 2015 cut a crucial transit route for hundreds of trucks a day transporting goods between Turkey and the Gulf, and Lebanon and the Gulf, in multi-billion dollar annual trade.

Since then, Syria’s only normally operating frontier crossing has been with Lebanon, which itself has no other functioning land borders.

Opening the border will also be important for Lebanon, which relies on Syria for overland connections to all other countries because its only other frontier is with Israel, with which it has no ties.

Syrian state television footage showed the Syrian side of the crossing as being virtually empty, with just a couple of vehicles present. State news agency SANA said the logistical arrangements for opening the crossing had been completed.

Petra said Syrians entering Jordan must first obtain security clearance from Jordanian authorities, as has been the case throughout the Syria’s war.