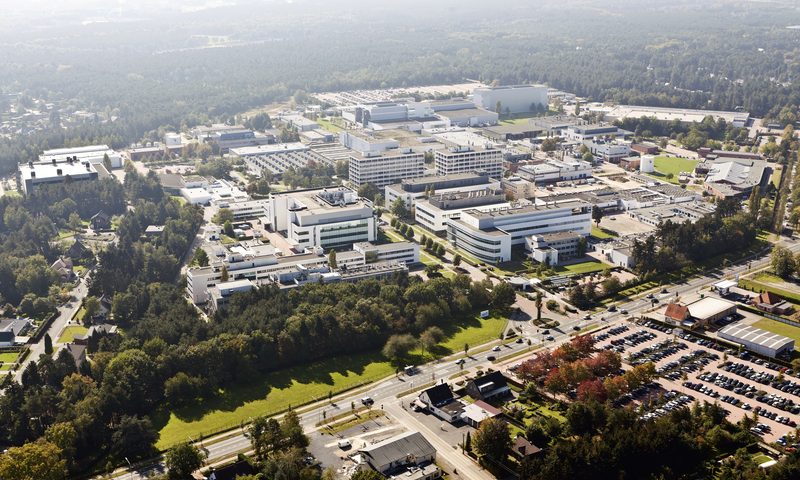 Johnson & Johnson’s EGFR-MET bispecific antibody is padding its case ahead of a potential FDA nod. The drug shrank tumors in 40% of lung cancer patients with a rare EGFR mutation and curbed tumor growth in nearly three-quarters of patients.

The phase 2 data, presented virtually at the World Conference on Lung Cancer, come from 81 patients with non-small cell lung cancer (NSCLC) with EGFR exon 20 insertions. The patients’ cancer had spread beyond the lungs or couldn’t be treated with surgery and had gotten worse despite taking platinum chemotherapy.

Of the 40% of patients who saw their tumors shrink, three patients (4%) saw all signs of cancer eliminated. Patients responded to treatment for a median of 11 months. The treatment staved off progression for 8.3 months and kept patients alive for nearly two years.

Although EGFR mutations are common, exon 20 insertions—where one or more nucleotide bases are inserted in a segment of DNA called exon 20—are rarer than the so-called classical activating mutations that comprise up to 85% of the EGFR mutations seen in lung cancer, said Joshua Sabari, M.D. of New York University Langone’s Perlmutter Cancer Center, who presented the data on Thursday.

“Oftentimes, those patients do not respond to the standard third-generation EGFR tyrosine kinase inhibitors. The standard of care in this population remains platinum doublet chemotherapy,” Sabari said, adding that these patients don’t fare too well on chemo, either. “The median progression-free survival is about seven to nine months—not great—and the objective response rate is about 35% or so.”

Seeing patients respond to treatment for nearly a year without their cancer progressing for more than eight months “rivals what we see in the front-line setting for chemotherapy,” Sabari said.

While the efficacy data come from 81 patients who’d undergone three assessments at the data cutoff, the safety data come from a bigger group of 114 patients. The most common side effect was rash, affecting 86% of patients, followed by infusion-related reactions, which struck two-thirds of patients. Nearly half the patients reported paronychia, or an infection around the fingernails or toenails.

There were no treatment-related deaths, 13% of the patients needed dose reductions and 4% of patients stopped treatment due to side effects.

“The profile of amivantamab safety-wise is consistent with inhibition of the two pathways, EGFR and MET,” Sabari said. Most of the side effects were mild to moderate and “not clinically significant to patients.”

Johnson & Johnson is seeking a nod for amivantamab as a second-line treatment for this patient group, but the company is already working on moving the candidate into the front-line setting. It is testing amivantamab in combination with chemotherapy against chemotherapy alone in a phase 3 study.

The company is also testing the drug in combination with lazertinib—a tyrosine kinase inhibitor it licensed from South Korea’s Yuhan in 2018—in patients with more common EGFR mutations, namely exon 19 deletions and L858R mutations. The combo is in a head-to-head phase 3 study against AstraZeneca’s Tagrisso in untreated patients with advanced NSCLC.

Amivantamab may be the first targeted treatment submitted for approval in lung cancer patients with EGFR exon 20 insertions, but it won’t be the last. Takeda is also developing a drug for this patient group. Mobocertinib, an oral tyrosine kinase inhibitor, stopped tumor growth in 78% of patients and shrank tumors in 28% of them in a phase 1/2 study also presented at WCLC.