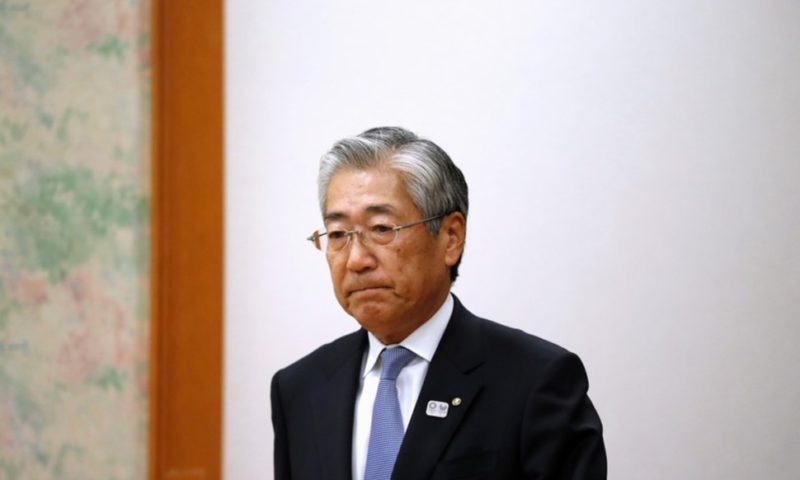 TOKYO – The head of Japan’s Olympic Committee confirmed on Tuesday that he was questioned by French authorities in December but repeated his denial there was anything improper involved in Tokyo’s bid for the 2020 Games and vowed to show his innocence.

French financial prosecutors investigating a multi-million dollar payment made by Japan’s bidding committee to a Singaporean consultancy questioned Tsunekazu Takeda in Paris and he was placed under formal investigation for suspected corruption on Dec. 10, a judicial source told Reuters on Friday.

Takeda told a packed news conference there were no reasons to doubt any part of Japan’s dealings with the Singaporean consultancy in connection with Tokyo’s bid and that he would cooperate fully with French authorities.

After apologizing to the Japanese people and everyone involved in organizing the 2020 Tokyo Games, for worrying them, Takeda repeated denials made in a Friday statement that there were any improprieties in Japan’s dealings with the Singaporean consultancy.

“There were two contracts exchanged between the Tokyo bid committee and the Singaporean company, but they were concluded under the usual sort of procedures and passed around and approved as usual,” Takeda said. “I was the final person to approve them, many others had done so before me.”

He added the contracts were for lobbying and information gathering, that the payments were as usual for such work, and noted that a 2016 investigation by a third-party committee had cleared the 2020 bid committee of any wrongdoing.

“From here on in, I will fully cooperate with the French authorities and make every effort to prove my innocence.”

Under French law, a formal investigation means there is “serious or consistent evidence” implicating a suspect in a crime. It is one step closer to a trial, but such investigations can be dropped without going to court.

French investigators have led a years-long probe into corruption in athletics and in early 2016 extended their inquiry into the bidding and voting processes for the hosting of the 2016 Rio de Janeiro and the 2020 Tokyo Olympics.

The move against Takeda is linked to an investigation French prosecutors launched in 2016 into more than $2 million of payments by the Japanese bidding committee to consultancy firm Black Tidings, which was terminated in 2014.

Takeda, 71, a great-grandchild of Emperor Meiji who competed in the 1972 and 1976 Olympics, has been a member of the Japanese Olympic Committee since 1987 and its president since 2001.

He has helped coordinate preparations for several Winter Olympics as a senior member of the International Olympic Committee (IOC) and also heads the IOC’s marketing commission.